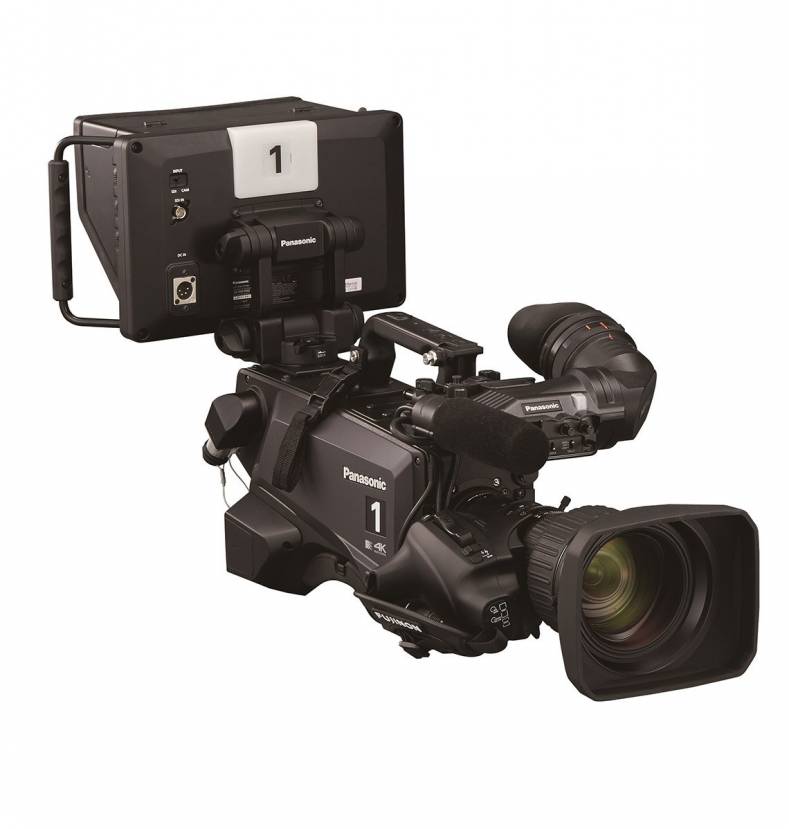 The UC4000 UHD camera from Panasonic has a 4.4K over-sampling sensor for sensitivity and reduced moiré.

Panasonic has announced the addition of the AK-UC4000 studio camera to its system camera line. The UC4000 is designed for live sports production and high-end event broadcasts, with potential customers including pro sports broadcasters and production rental companies, stadium and venue owners (pro sports teams) and collegiate sports video departments

Panasonic has announced the addition of the AK-UC4000 studio camera to its system camera line, joining the current AK-UC3000 4K HDR capable-camera and the AK-HC5000 1080p 4x high-speed HDR capable-system.

The UC4000 is a single sensor camera, and uses the same Large Single Sensor Internal Expansion Lens (LSSIEL) principle as the UC3000, with relay optics between the B4 lens mount and super35-size sensor. TThe UC4000 uses a new design sensor with higher performance than the UC3000, capturing 4.4K native resolution to improve the UHD resolution (more than 2000 TV lines, both horizontal and vertical), dynamic range and S/N ratio (62dB).

The new AK-UCU600 camera control unit provides power up to 6600 feet over hybrid fiber and possesses the same form factor and all of the features found in the existing AK-UCU500 CCU including: simultaneous multiple format output with simultaneous 4K, 1080p and HD outputs possible; simultaneous HDR and SDR output with HDR/SDR offset adjustment to enable SDR shading of HDR content; multiple data and video trunk lines and IP control; and compact 2U design.

The UCU600 will also include: selectable 12G-SDI / quad SDI for 4K outputs; accommodation for future SMPTE 2110 MoIP connectivity option board; TICO compression capable output for 4K transport over 3G HD-SDI; and future 2x, 3x or 4x HD output capability for slow motion shooting when the UC4000 is used in HD or 1080p mode. (The UCU600 will provide the same connectivity features when used with the existing UC3000.)