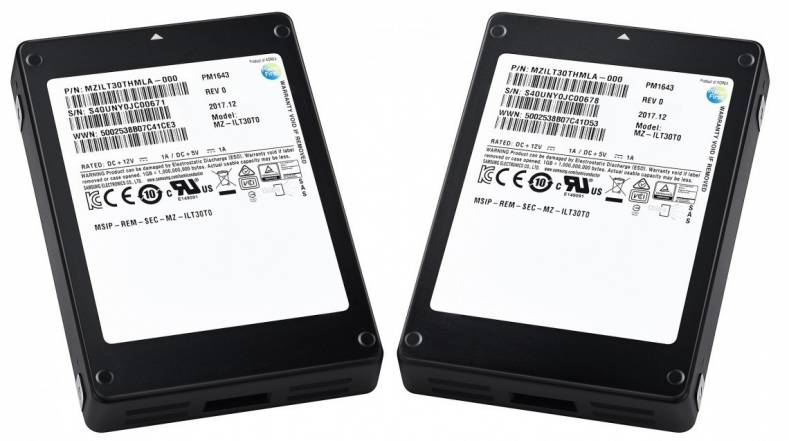 Samsung has announced that it has begun mass producing the industry’s largest capacity Serial Attached SCSI (SAS) solid state drive (SSD) – the PM1643 – for use in next-generation enterprise storage systems.

This breakthrough was made possible by combining 32 of the new 1TB NAND flash packages, each comprised of 16 stacked layers of 512Gb V-NAND chips. These super-dense 1TB packages allow for approximately 5,700 five-gigabyte (GB), full HD movie files to be stored within a mere 2.5-inch storage device.

Samsung reached the new capacity and performance enhancements through several technology progressions in the design of its controller, DRAM packaging and associated software. Included in these advancements is an efficient controller architecture that integrates nine controllers from the previous high-capacity SSD lineup into a single package, enabling a greater amount of space within the SSD to be used for storage.