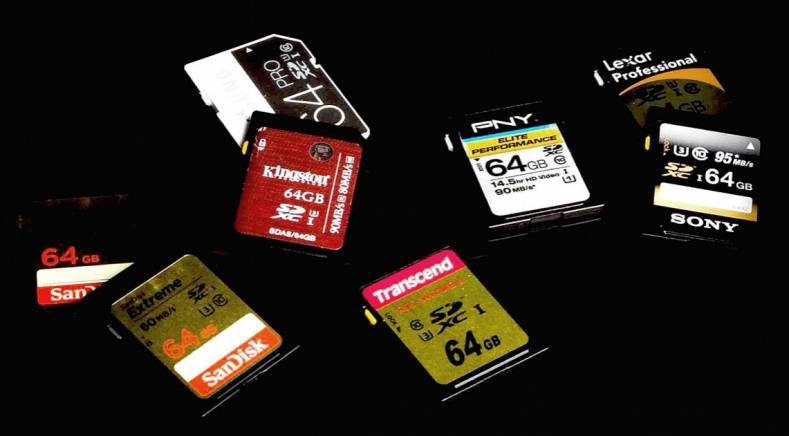 No memory card manufacturer has ever gotten a complaint about a card being too fast. Today, video cameras continually feature higher resolution and less compression, resulting in the need for cards of greater speed and capacity. It is a game that is constantly changing.

B&H Photo, a major video dealer in New York City, just published a primer on high speed memory of all types. Because memory technology constantly changes, what you knew six months ago may no longer be true.

When memory card manufacturers list their cards’ read and write speeds, B&H notes, they often use terms like “up to” or “maximum” when reporting the spec. A maximum read speed or speed “up to” a certain amount is the maximum burst speed of a card.

It might be able to sustain that speed for a few seconds. But don’t expect to see sustained transfers when you’re shooting video. Sustained transfer speeds can vary greatly from card to card. To determine a memory card's overall speed, just looking at the card's advertised maximum speed isn’t always the best yardstick.

When it comes to storage, solid-state cards are at the forefront for video. But be careful when reading card speeds as video places unique requirements on any storage medium.

It is also important not to confuse bits and bytes. Bits are abbreviated with a lowercase b (as in Mb/s), while bytes are abbreviated with a capital B (MB/s). There are eight bits in one byte. Often, video-recording codecs will list their speeds in bits per second, while cards list their speeds in bytes per second. So, when a video camera records at 400 Mb/s, remember that is “only” 50 MB/s.

Luckily, memory cards have several metrics to help sort out which ones are fast all around. To the uninitiated, B&H noted, they can be a bit overwhelming and look like random numbers. In this article, we will attempt to help the novice understand the differences.

SD versus SDHC versus SDXC Cards

One of the more obvious metrics to consider when comparing SD cards is whether they are SD, SDHC or SDXC cards. While these cards look the same, the file format they use is different, which determines the maximum capacity of the card.

Plain SD cards have a maximum capacity of 2GB, while SDHC cards max out at 32GB and SDXC cards can support up to 2TB — though we aren’t there quite yet. This metric does not affect speed at all; an SDHC card can be just as fast as a SDXC card.

Non-UHS SD cards max out at 25 MB/s, but UHS cards can work much faster. Currently, there are two types of UHS classifications: UHS-I Cards, which have a maximum theoretical speed of 104 MB/s and UHS-II cards that allow for a maximum transfer speed of 312 MB/s. 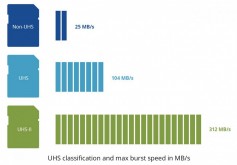 Note the difference in speeds of these three types of solid-state storage cards. When shooting video, the storage medium must be able to record at a sufficiently high sustained rate. A card's burst speed is not a good measurement of how it will perform with high bit-rate video. Click to enlarge.

UHS-II cards also have a second row of electrical contacts to aid in the speed boost. If your memory card reader or camera does not have the second row of contacts, the speed will be more in line with UHS-I cards.

Because card manufacturers typically only give burst read and write speeds instead of sustained speeds, it can be difficult to pick out a card for other uses than burst photography. Many new 4K-capable cameras write at very high bit rates, and if you plan on recording video for longer than a few seconds, the burst speed doesn’t help much.

Also, there can be a huge variation between the maximum burst read speeds and the minimum sustained write speeds of different cards. It’s not a simple ratio. To determine the minimum write speed of a card, one needs to look at its speed class rating. 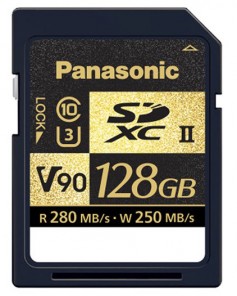 Now, that the technical jargon has been decoded, it should be clear that the fastest SD cards available are UHS-II cards with a V90 rating. 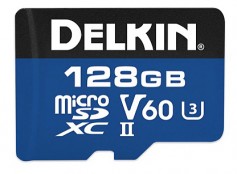 However, UHS-II microSD cards are still relatively new, and many microSD-compatible devices don’t have UHS-II capable card readers able to take advantage of the fast speeds offered by UHS-II. If that’s the case, UHS-I U3-rated cards are also worth a look.

CompactFlash cards used to be the faster and more professional big brother of SD cards. That’s no longer true. Several years ago, the CompactFlash Association announced there would be no more updates to the format, leaving card performance with a glass ceiling. Today, CompactFlash cards have hit their performance ceiling, and are about half the speed of the fastest SD cards. The UDMA 7 interface has a maximum possible transfer speed of 167 MB/s, and even if a card manufacturer put faster flash memory in a UDMA 7 card, it wouldn’t matter. 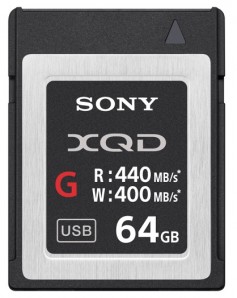 XQD Cards are the reason CompactFlash cards aren’t getting a speed update, because they are the CompactFlash Association’s official replacement for CompactFlash cards. XQD cards are based on the PCIe standard (with an eight Gb/s bus speed), offer far higher maximum transfer speeds than CompactFlash, are much smaller and have a more rugged build than SD cards.

Even though CFast cards look almost identical to CompactFlash cards, they are a completely different standard, and will not work in CompactFlash card slots or devices. They are not backed by the CompactFlash association, but are beginning to pick up some steam due to the slow adoption of XQD cards. 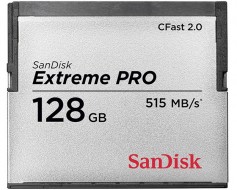 CFast Cards use SATA connectors to interface with computers and cameras, and the new CFast 2.0 cards use SATA III, meaning they allow for the same maximum transfer rate of 6 Gb/s (750 MB/s) as SATA III drives. While the interface isn’t quite as fast as XQD 2.0, there still aren’t any cards in either format that come close to the maximum possible speed.

CFast cards are available in capacities ranging from 64GB to 256GB and all feature fast read and write speeds, with the fastest read speeds of 560 MB/s and the the fastest write speed of 495 MB/s.

Memory storage is a rapidly changing technology with manufacturers constantly upping the speed and capacity of the various formats. Expect this trend to continue as video cameras develop greater resolution to 8K and beyond while placing ever increasing demands on storage media.