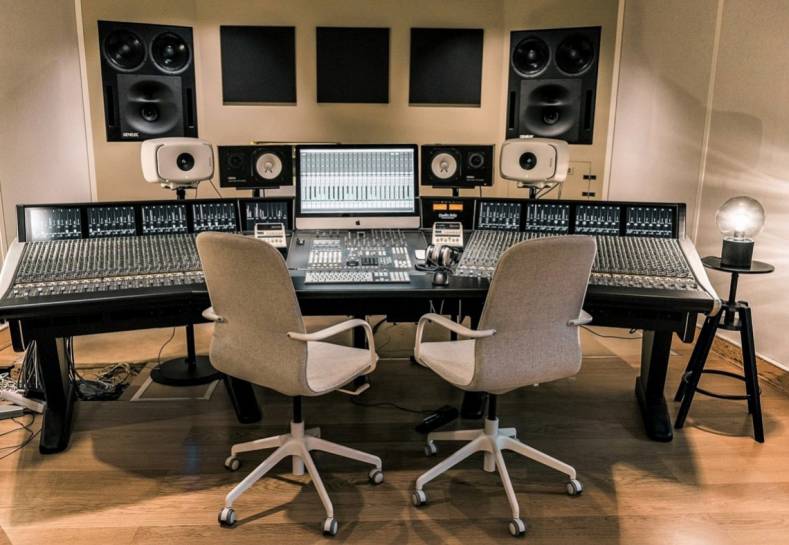 Located in the Johanneshov district of Stockholm, the site now occupied by Baggpipe Studios can lay claim to a significant and varied musical history. Previously the home of Abbey Road/EMI Studios, the site has hosted sessions by artists including ABBA, Britney Spears, Lady Gaga and producer, Mutt Lange.

Now that tradition of working with artists both established and emerging is continuing under Baggpipe and a team consisting of music producer Anders Bagge, music executive Craig Logan (LME) and CEO Alvora Larsdotter.

A fusion of modern and vintage technology, the current Baggpipe Studios complex comprises two main commercial studios and seven smaller, songwriter/producer studios. From the installation of new hardwood floors to the choice of SSL Duality consoles, Baggpipe Studios has been through several significant upgrades in recent years, but until the recent addition of Genelec active monitoring, the inconsistency of the facility’s monitoring remained a cause of concern.

Willem Bleeker, studio manager and engineer/mixer at Baggpipe, said previous audio monitors “had always been an issue with clients, who often said that they weren’t happy with the sonic image. The sound was either “too sharp or had “too much bass... it never seemed to be quite right.”

“It was love at first hearing,” he recalled. “After borrowing them for a while I didn’t want to give them back. It wasn’t long before we started talking about something more permanent.”

Today Baggpipe has a whole complement of Genelec monitors. The use of GLM auto-calibration and smart monitor management software offered not just quick and easy calibration of the monitors within the facility’s many rooms, but the potential to rapidly adjust each room’s monitoring set-up to suit the task at hand. The monitors have already lent themselves to sessions ranging from 26- piece orchestras to boybands and emerging solo artists.

“It doesn’t matter what you are working on, they always do the job,” Bleeker said. “Genelec monitors deliver exactly what you put into them and everybody understands them. You can also work with them for a very long time without your ears getting tired — a really important consideration for those long sessions.”