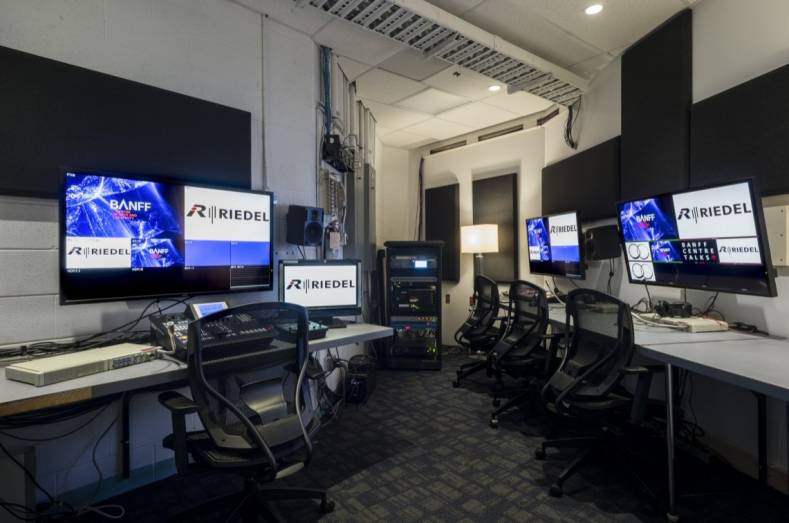 The Banff Centre of Arts and Creativity is one of Canada’s largest arts training institution and a global organization in arts, culture, and creativity across dozens of disciplines. Situated on a stunning 42-acre campus in the Canadian Rockies near Banff, Alberta, Banff Centre aims to inspire everyone who attends its campus to unleash their creative potential and realize their unique contribution to society through cross-disciplinary learning opportunities, world-class performances, and public outreach.

Banff Centre has a diverse array of theatres, recital halls, recording studios, and production facilities. Such facilities helped the campus become an important center for high-profile, landmark events such as the TEDSummit and the Banff Centre Mountain Film and Book Festival. However, the spread-out nature of the campus, with venues distributed across a wide geographical area, has created logistical challenges for the staff. Until recently, for example, Banff Centre technical crews spent an inordinate amount of time every day transporting and setting up equipment at different venues in order to establish remote operations for capturing and transporting broadcast signals.

For larger productions that require the simultaneously use of two studios and two control rooms, the production staff can create fiber links between the two locations. When inter-control-room feeds are not required, the fiber links simplify the interconnection of the two active studios.

Woody MacPhail, Banff Centre’s senior producer/technical director, media and production, commented, “The MediorNet system has allowed us to tie our campus together in one comprehensive fiber-optic production network. This robust flexibility is handy since we often have simultaneous performance and recording demands that occur throughout our campus.

“Also, MediorNet has allowed us to reduce our labor costs and the ongoing wear and tear on audio/video switching and monitoring equipment when it’s moved throughout the campus. Establishing remote feeds is now a much more efficient process by which we just route signals to our remote video and audio control rooms as the need arises.”

He added, “The MediorNet Compact PRO is really ideal for small to mid-sized applications, and because it’s compatible with all other Riedel MediorNet devices, it’s fully scalable as a satellite stage box in larger media networks.”