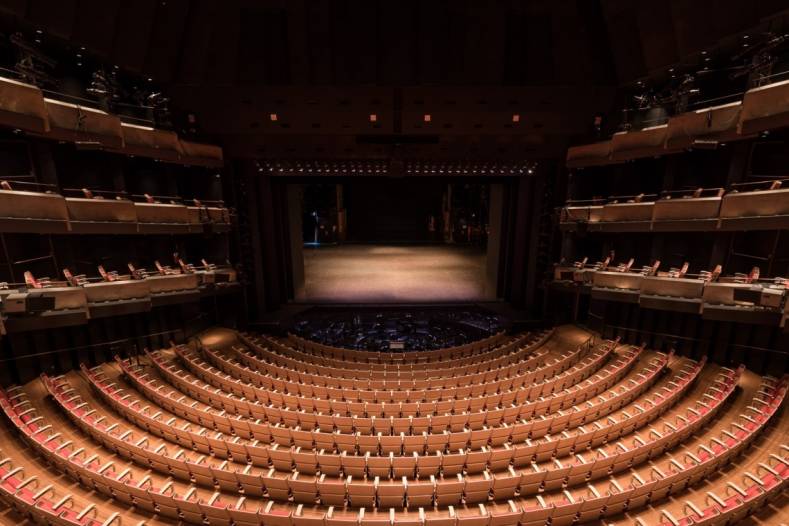 The Joan Sutherland Theatre, located within the world-famous Sydney Opera House, has upgraded its audio equipment with a new console, signal routing system and control interface from Lawo. The unique venue hosts hundreds of musical events each year. The main concert hall will get a similar facelift in 2019.

The Lawo Nova73 Core has been configured as an mc² Mix Engine and is being used as the central audio router for the Joan Sutherland Theatre. It combines MADI, RAVENNA and Dante signals, along with traditional analogue and AES by way of a Lawo DALLIS I/O Frame.

A Lawo Nova73 Core is being used as the central audio router for the Joan Sutherland Theatre.

Lawo’s mxGUI is used as the primary control interface for the router, allowing users to load snapshots for different room configurations, while also offering user manual adjustments of signal flows and parameters. The system is completed with a VistoolMK2-equipped Lawo crystal console, to provide a simplified tactile, or customizable on-screen, mixing surface. This allows for basic use of the JST for situations such as rehearsals or simple presentations. The Crystal engine communicates with the Nova73 via RAVENNA.

David Dalton, The Sydney Opera House’s Renewal Technology Manager, said that the Lawo Nova core has been solid since its install in January and has already seen significant use.