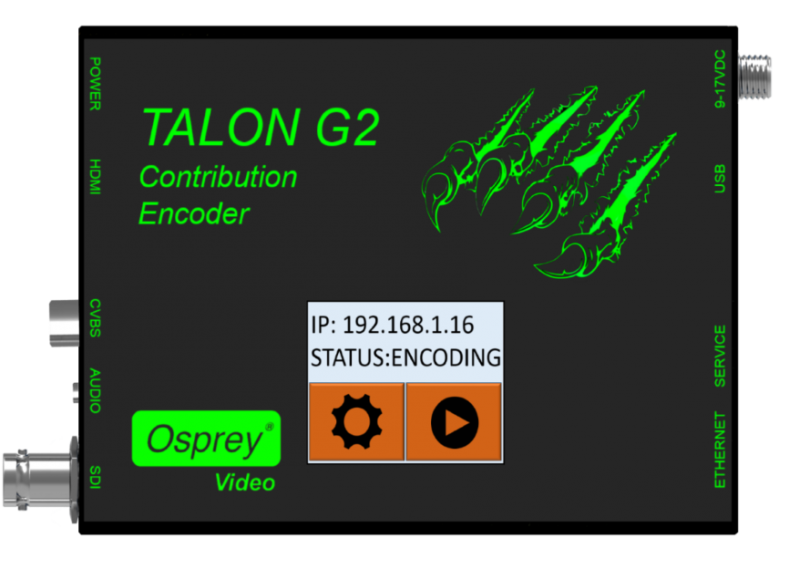 3G-SDI to single-link 12G-SDI capture cards are being introduced by Osprey Video which along with the Talon G2 encoder and convertor kit offers a full range of live streaming solutions.

The latest Osprey PCIe cards will provide a wide array of solutions ranging from one to eight inputs and HDMI 1.4 and 2.0 cards in single- and multi-input configurations. This allows the user to ingest video from SD to 4K UHD / DCI, depending upon the card series selected. Each SDI input will support 16 embedded SDI audio channels, while the HDMI series will support eight channels per input. As with earlier Osprey offerings, the Raptor SDI cards will offer configurable loop-outs. In a new feature for Osprey, many of the multi-input SDI cards will offer bidirectional I/O ports, allowing each port to be used as either input or output. Also added are analogue black burst or HD tri-level reference connection.

Raptor cards are supported by a unified driver that works across all Raptor series cards. Support is included for DirectShow, Windows Media Foundation, Medialooks, and NewTek NDI (Windows), as well as Linux V4L2 and Advanced Linux Sound Architecture.

At NAB, Osprey will display its hardware encoder line, which features the Talon G2 encoder. This can ingest video from multiple formats, encode it to H.264, and deliver it over IP. One of the card's most distinctive characteristics is its front-facing LCD touchscreen, which offers one-touch control. The screen displays continuous feedback on the status of all encoders, so users always know which ones are active versus idle.

Integrations are a focus for the company this year, to reduce complexity for the user by creating streaming solutions for multiple applications in numerous industries. Both the Talon G2 and G1 cards integrate with the Wowza Streaming Cloud service, Facebook Live, and IBM Cloud Video.

The G2 decoder, which includes features such as multiple picture-in-picture options, SDI and HDMI outputs, touch display and closed-caption support.

The company's external capture devices connect directly to a user's computer via USB 3.0 to capture video from either 3G-SDI or HDMI inputs. Both the 3G-SDI and HDMI versions offer hardware scaling, status display, and a push-button user interface. Compatible with Windows, Mac, and Linux OS, the devices are suited for laptop-streaming applications using the standard UVC and UAC drivers. Both versions will be on hand at the Osprey booth.