For Super Bowl fans, the big game action is over, but broadcast and production crews always want to know how the program feed was accomplished. To showcase the game and halftime production, we highlight the behind-the-scenes technology used to produce Super Bowl LII. A second article describes how one company merged the latest in DECT IP technology with wireless to create a flexible and highly reliable intercom communications system.

The site of Super Bowl LII features a hybrid fiber infrastructure for broadcast crews and 1,300 Wi-Fi access points for fans.

While the crowds were warm inside a domed stadium, perhaps the biggest challenge for the 400-person strong NBC Sports Group crew covering Super Bowl LII on February 4 was Minneapolis’ single-digit weather and record snowfall outside. To counter this, NBC Sports built a heated giant tent covering the entire NEP Broadcast truck compound outside the stadium.

Get a behind-the-scenes look at how these professionals leveraged the latest technology to bring the 2018 Super Bowl to millions of viewers in the article, Super Bowl LII Delivers High-Resolution (HD/4K) Action. 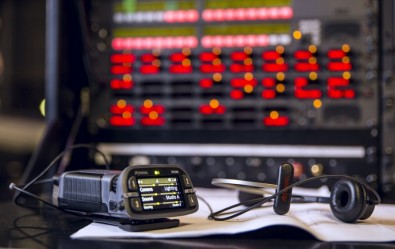 New product development takes time. This often means that companies appear to be slow in implementing emerging technologies and so lag behind their competitors. In 2017 Riedel Communications became the third of the Big Three intercom manufacturers to introduce a wireless system based on the DECT telecom standard, after RTS launched its ROAMEO at the start of the year and Clear-Com had taken an early lead over both with FreeSpeak II in 2014. But with Bolero, Riedel feels it is doing DECT "properly" and has already sold the product into a number of high profile installations, most notably the 'new' BBC Studioworks Television Centre in London.

Learn how the Riedel Bolero can support up to 100 antennas on a single network. A single Bolero antenna can accommodate ten belt packs. The system uses the latest synchronised Layer 3 IP backbone networks. Read, How Riedel Danced into Wireless DECT with Bolero.

Need help in getting from SDI to IP?

See that hill up ahead? It’s not a hill, it’s Mt Everest and your job is to conquer that mountain. Rendered into familiar industry vernacular, you, video engineer, are charged with building an IT-centric facility. A SMPTE standard was just approved, so what’s taking you so long?

The book, “Building IP Media Facilities – Keys to Migrating from SDI,” is a video engineer’s guide to transitioning from digital SDI infrastructures to IT-centric facilities. The book is comprised of 15 chapters focused on key operational aspects of IT and IP terminology, networks and ‘how-to’ practical discussion.

Learn from this important guide. Click here for more information. 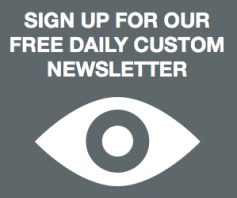 If you are not already registered, sign up for a free subscription to receive a daily, weekly or monthly custom email filled with content and technology that you select. Don’t wait for an out-of-date, month’s-old print version of “breaking events,” get your free membership to The Broadcast Bridge today.

With such a wealth of information generated daily, it is important to not get left behind.