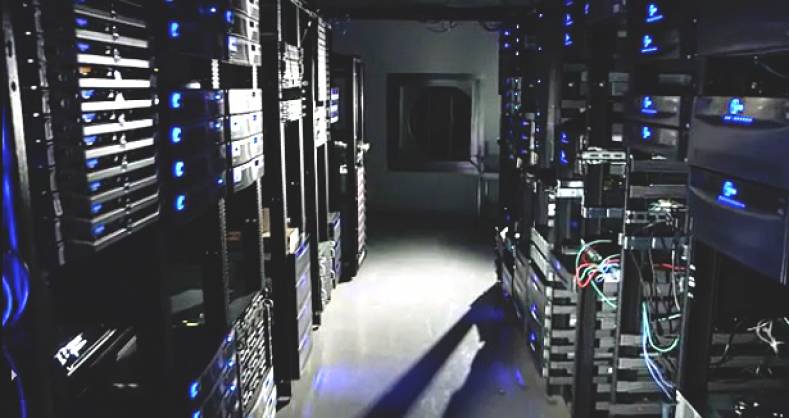 In today’s fast growing media industry, data storage is very big business. The ever growing demand for larger storage has increased the popularity of scale-out, network-attached storage (NAS) architecture in which the total amount of disk space can easily be expanded as needed.

A leader in unstructured storage for rich media is EMC Isilon, based in Hopkinton, Massachusetts. As its customers require additional storage capacity, Isilon systems are instantly expandable by simply plugging in a new “node” to an existing infrastructure. The software configures the entire system automatically.

“Our business continues to grow. We’ve not seen any slowdown,” said Sam Grocott, SVP of product management and marketing at EMC Emerging Technologies. “The great thing about the media segment of the market is there’s no loss of appetite to capture more information or to do it in a higher resolution. We can handle formats ranging from SD and HD to 4K and 8K in the future.” 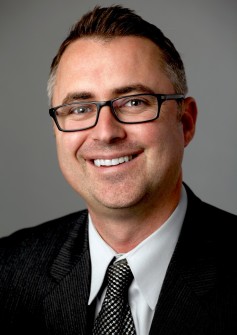 EMC’s Isilon leads the large scale NAS media market, followed by IBM, Hewlett-Packard and NetApp. Though Isilon was formed in 2001, it was 2004 when the big splash came at the summer Olympic Games in Athens, Greece.

In Athens, client NBC first used 40 terabytes of widely accessible storage from Isilon and ECM when the companies were still separate. Because of the open protocol of the Isilon software, the network was able to plug in EVS Broadcast slo-motion severs and Blue Order (now Avid) asset management system and it just worked.

They on-site staff could comb through troves of video content efficiently, including slo-mo material. No longer were they forced to reserve editing suites or order and wait for the duplication of videotapes. Everything was available at the click of a mouse. 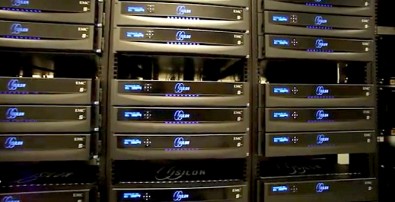 Using the open protocol of Isilon's software at the 2004 Olympics allowed the NBC to, for the first time, be able to search all Olympic archive material online via a standard web browser.

“Isilon allowed us to eliminate barriers to our content and to retain the slow-motion video clips from Track & Field and Gymnastics in an online system for the first time,” recalled Matt Adams, director of technology for NBC Olympics. “This new storage process freed our production staff from having to order and wait for tapes and shaved hours off the time it takes to deliver programming to our viewers.”

Since 2004, EMC, who acquired Isilon in 2010, has worked with NBC on every Olympics broadcast. The company now has 55,000 global customers, including not only NBC, but Major League Baseball’s Advance Media, The Associated Press, Fox Sports, Livestream, Corus Entertainment, Microsoft Xbox and Sheridan College in Wyoming.

What differentiates EMC Isilon from its competitors, said Grocott, is the company’s specialty working with thousands of terabytes of unstructured data — which includes audio, video, graphics and images. Isilon’s clustered storage system architecture consists of independent nodes that are all integrated with the OneFS operating system software. The systems can be installed in standard data center environments and are accessible to users and applications running Windows, Unix/Linux and Mac operating systems using industry standard file sharing protocols over standard Gigabit or 10-Gigabit Ethernet.

According to a 2012 survey from Information Week EMC’s Isilon leads the large scale NAS arena, with about 50 percent of the market.

Before Isilon integrated software, huge data systems were typically spread out and operated by diverse systems. The company has helped some of the world’s biggest media companies take control of their storage. By consolidating silos, streamlining processes and simplifying the ability to quickly adapt to dynamic workflows, its clients have benefited from increased data performance and capacity.

“Let’s say you have a 100 terabyte scale-out NAS storage system,” said Grocott. “As you get to 95 terabytes and need to scale, you simply add another 50 terabyte node device to the system and that space becomes automatically available in less than 60 seconds. It can scale out very, very quickly. Not only is the new space available for added content, but we automatically move the old content to the new storage device as well. So we load the content evenly across the system.”

All of EMC Isilon’s gear uses industry standard protocols, Grocott noted. “It’s standard protocols to read and write data. This makes it easy to plug and play with all applications that speak the standard NAS or file protocols. There’s nothing proprietary about it.” 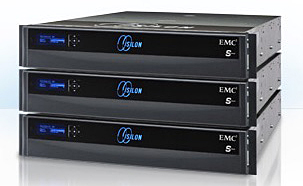 Clients such NBC can scale the necessary amount of storage media needed for each project, like one size for the Olympics and then down scale for a smaller event such as the Final Four. “That’s the magic of scaling out,” said Grocott. “Each node has specific capacity sizes. Our latest supports 360 terabytes per node. A three-node system is a petabyte of capacity, which is a huge, huge capacity.”

EMC Isilon has kept its lead among media companies because it specializes in unstructured data and its competitors try to simultaneously handle both unstructured media files and structured data like email, databases and other non-media records.

“Our competitors have tried to layer on scalability, performance and capacity,” Grocott said. “Their systems were designed for a different purpose and they are now being stretched to support this much higher growth unstructured data segment. There are a lot of compromises in their architecture to support both the unstructured world and the parallel universe of the structured world — which contains more block-type applications. They try to do both, while ours is the best at just doing one of those, which gives us tremendous advantages.”

Today, EMC Isilon serves two main media segments. The first are content delivery networks, where customers use the technology to store many terabytes of video content. That content is then streamed simultaneously to thousands of viewers using devices like set-top boxes and mobile devices to consume the data.

The second major use is for long-term bulk archival storage. “These are large broadcasters, motion picture studios or media organizations who want all of their media assets readily available versus having to go to Iron Mountain and get it off of videotape,” said Grocott.