Amazon Web Services is feeding on the trend for large scale virtualization of video infrastructure.

Verimatrix is seeking to win major customers in broadcasting and pay TV on the back of API integration of its MultiRights OTT multi-DRM with Amazon Web Services (AWS). As AWS continues its strong advance into video services by claiming some major scalps, Verimatrix has positioned itself as a partner both of AWS and Amazon’s Elemental video processing software arm.

This first move came soon after Amazon’s acquisition of Elemental in 2015 when the software was being re-engineered for execution in software-defined IP networks where the lower level packet forwarding functions are separated from higher level control and routing. This made the network more scalable and manageable, as well as reducing infrastructure costs by allowing processing hardware for forwarding to be added as required, independently of the higher-level control. It also enabled the network to be updated more readily through open interfaces, which meant Verimatrix could combine its ability to renew security in the field with AWS Elemental’s remote upgrade capabilities.

This ability to manage and renew encoding and security together has already appealed to some operators, given that changes in one component can have a knock-on effect on another. The Sub Saharan African operator Econet Media has built the streaming infrastructure for its Kwesé Play online service around AWS Elemental for the encoders and Verimatrix for security. The service’s Head of Technical Anton Lokotsch admitted in a case study that this choice of suppliers was made partly because the respective platforms worked seamlessly together.

Now Verimatrix has extended this integration to AWS Cloud, which means that its existing customers can more readily migrate their services to the cloud to benefit from virtualized infrastructure for service delivery. Amazon cites four principal overlapping benefits for doing this, firstly elastic scalability with ability to expand or reduce service on demand at short notice. This leads to the second benefit of reduced costs both on the capital and operations side through use of virtualized hardware shared between large numbers of customers with guaranteed capacity and ability to pay as you go rather than having to overprovision for peak loading. Thirdly come reliability and security, which is why Amazon on its side is keen to integrate more tightly with revenue protection vendors like Verimatrix. Fourthly comes ease of use and management, where again integration plays a key role by uniting all components within a common user interface.

Comcast’s X1 was among the operator’s many large in-house developments before its historic decision to move onto Amazon’s AWS.

As the largest cloud services provider with over 1 million customers AWS has been able to persuade major Tier 1 players in a sense to cut their internal cords and trust it with their core services. Netflix became the first significant media customer in 2009 and has claimed the credit for pushing through the necessary improvements in scalability and performance needed to support its own growth. Eventually in 2016 Netflix deemed AWS mature and scalable enough to close its own data centres and move many of its IT operations including management of assets and user preferences to AWS with one major exception, content delivery. Netflix saw a major competitive advantage in retaining its own CDN (Content Delivery Network) built to support global expansion.

Meanwhile other major video players have gone further by migrating to AWS for the video delivery itself, including Hulu, the BBC and UK broadcaster Channel 4. The latest customer and perhaps the biggest so far in the video arena is Comcast, which had been one of the highest profile advocates of building vital systems and infrastructure in-house, with the help of acquisitions where necessary. In this way it built its own CDN and cloud infrastructure, as well as all the critical components like middleware, security, Wi-Fi delivery and analytics. Much of the X1 video platform was also developed inhouse.

However even Comcast cannot match Amazon’s scale, scope for cost savings and more arguably access to innovative technologies. Ironically Comcast was until just a few months ago drawing regular praise from analysts for keeping a substantial portion of its critical technology base in-house, which was associated precisely with being in a position to launch and upgrade services faster than its cable rivals.

Now many of those capabilities will be effectively outsourced to AWS and Verimatrix is hoping to be a beneficiary. The weekly analysis paper Faultline Online Reporter, published by Rethink Technology Research, has speculated that Comcast’s new allegiance to AWS may imply less reliance on its in-house cloud infrastructure. In turn this API integration from Verimatrix may just convince Comcast to install the MultiRights OTT multi-DRM product, at least to reinforce its own in-house content security if not replace it.

This comes at a time when revenue and especially profits from traditional DRM and CAS security systems are under pressure from new players peddling lower cost packages offering multi-DRM support for OTT services. The traditional vendors are responding by expanding their capabilities into broader threat monitoring and analytics, as well as integrating their core products with other critical components and re-engineering them to run on virtualized infrastructures in the cloud. They can then present security as being an intrinsic part of the whole video infrastructure delivering benefits beyond immediate protection against piracy and revenue theft. 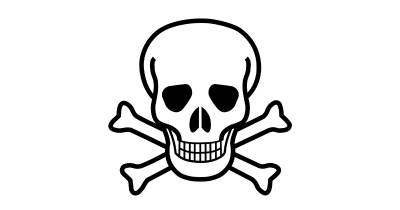