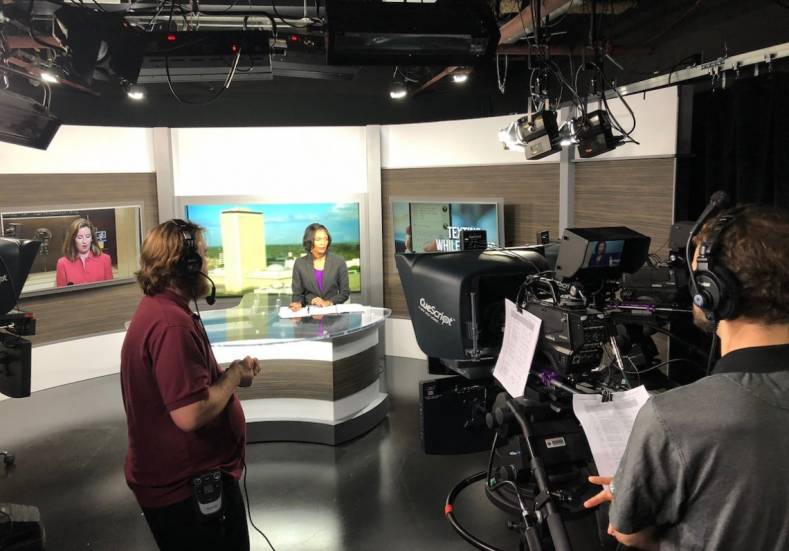 Located in the state Capitol building in Tallahassee, The Florida Channel is a public affairs programming service funded by the Florida Legislature and produced and operated by WFSU-TV, the PBS member station owned by Florida State University. It features programming covering all three branches of state government, and is Florida’s primary source for live, unedited coverage of the Governor and Cabinet, the Legislature and the Supreme Court. It produces more than 2,500 hours of original programming each year that can be seen on PBS multicast channels, cable systems and PEG (public, education and government access) channels across the state. The Florida Channel also offers 18 web streams that provide live coverage of all proceedings.

Complementing its live session feeds, The Florida Channel produces studio programs including live “Capitol Update” newscasts, the “Florida Face to Face” interview series, and “Perspectives,” which lets members of the Legislature introduce themselves and discuss their priorities. When the channel recently performed a total overhaul of its production studio – including a new set, new lighting, new teleprompters and more – they took the opportunity to also replace their decade-old cameras as part of the project.

Picture quality was a key factor when The Florida Channel first selected the Hitachi Kokusai DK-Z50 box cameras to replace outdated, non-widescreen models in select rooms. “While we use some lower-cost, all-in-one cameras for small meeting rooms, they were not well-suited to cover the larger venues we have in the Knott Building at the Capitol Complex and the House and Senate chambers,” recounted Terry Longordochief engineer at WFSU-TV/The Florida Channel, “We wanted beefier, better-quality cameras and heavier robotics systems for the larger rooms. Out of the cameras we tested, we liked the results we got with the Hitachi cameras the best.”

Eight DK-Z50 cameras are now used in the House chamber, with six more in the Senate chamber and another six in each of the two largest committee rooms in the Knott Building. All of the DK-Z50s are paired with Fujinon HAs18x7.6BZD-T5DD zoom lenses and operated robotically on Ross Video CamBot 500 Series pan/tilt heads.

Longordo highlighted the cameras’ ability to overcome lighting-related challenges in the Capitol building. “The committee rooms were never designed for camera usage, so the lighting is very basic,” he explained. “We get some harsh lighting conditions, particularly depending on where people are sitting on the dais. The Hitachi cameras work very well despite the lighting limitations we have to work with.