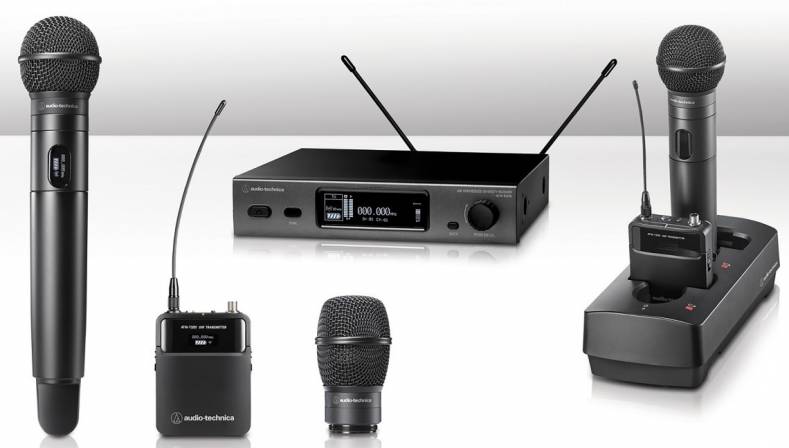 With a class-leading 60 MHz tuning range, which is more than twice that offered by the previous versions, the new 3000 Series systems are available in two frequency bands – DE2 (470–530 MHz) and EE1 (530–590 MHz). Frequencies can be scanned and selected on the receiver and then synced with the transmitter via IR sync functionality.

The 3000 Series allows users set a backup frequency that can be quickly swapped by pressing the transmitter’s multifunction button in the event of unexpected interference.

Available system configurations feature an ATW-R3210 receiver along with an ATW-T3201 body-pack or ATW-T3202 handheld transmitter. The ATW-T3201 is equipped with new rugged cH-style screw-down four-pin connector for secure connection to cH-style lavalier and head worn microphones or cables.

The ATW-T3202 comes with either an ATW-C510 dynamic or ATW-C710 condenser interchangeable cardioid capsule. Both transmitters feature rugged, metal housings and are powered by two AA batteries.

An auto squelch feature automatically adjusts the squelch setting to maximize operating range while minimizing potential interference. The system’s dual-mode receiver display can switch between standard view or a performance view that highlights key metering. Transmitters and receivers include OLED screens for optimal readout of key settings and alerts.