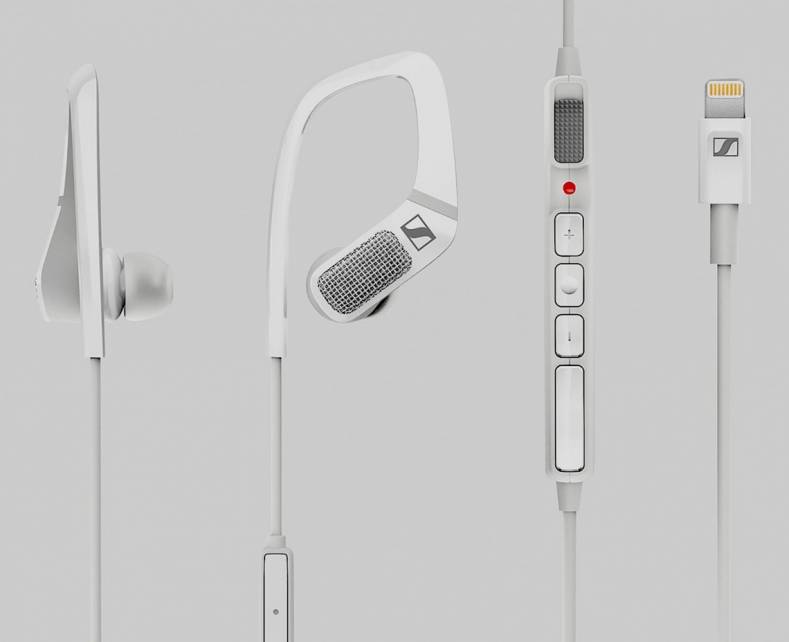 Sennheiser, extending the AMBEO brand to the low-end of the market, has debuted its AMBEO Smart Headset, a set of binaural ear plugs that enable both the listening and recording of 3D sound from Apple iOS devices.

Before we go any further, let’s define that AMBEO is a marketing term Sennheiser uses to brand any and all of its products that allow 3D recording. This includes binaural, Ambiophonics, 3D mixing software and any other spacial audio technology that the company sells. Also, binaural audio and the other immersive technologies are not new — not by a long shot. 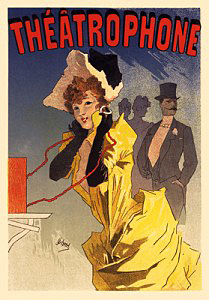 In fact, the history of binaural recording goes back to 1881. The first binaural unit, the Théâtrophone, was an array of carbon telephone microphones installed along the front edge of the Paris Opera House. The signal was sent to subscribers through the telephone system, and required that they wear a special head set, which had a tiny speaker for each ear.

Then, in 1933, AT&T made headlines at the Chicago World Fair by demonstrating the first head-based binaural system. They created a mechanical man with microphones for ears, nicknamed “Oscar,” which was set up in a glass room surrounded by listeners with headphones. The public was astounded to hear what Oscar was hearing in real-time, and the exhibit was a highlight of the fair.

At the 1972 International Radio and Television Exhibition in Berlin, Neumann, introduced the KU-80, the first generation of dummy head microphones. It was designed to test environmental acoustics, but listeners quickly discovered the potential it had for recording realistic radio drama. Neumann’s design for the microphone improved in later generations including the KU-81, and now the KU-100. 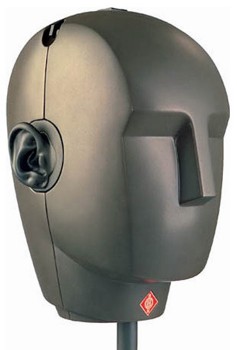 Today, Neumann’s KU-100 dummy head still stands at the top of the Sennheiser AMBEO line (since Sennheiser now owns Neumann). It is capable of making breath-taking recordings and has been used for over 40 years on a host of broadcast and non-broadcast recordings.

Obviously, Sennheiser has a deep background in binaural audio. The sound information arriving at the left and right ears causes inter-aural time level differences. These small variations allow the brain and auditory system to calculate the direction and distance of the sound sources from the listener. 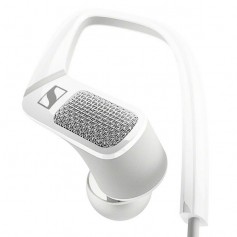 The AMBEO Smart Headset ($299.99) is a basic binaural set that uses an electret omnidirectional microphone in each ear to pickup sound using the real human head, rather than the dummy head with mics in its ears used by the $8,000 KU-100. The Smart Headset uses Apogee’s proprietary soft limit and mic preamp plus precisely tuned A/D and D/A conversion in an inline switch.

The user simply plugs the AMBEO Smart Headset into the Lightning connector of the iPhone. Each earpiece is hooked around the ears. With these, one can listen to music or videos as with any other Lightning earphones. 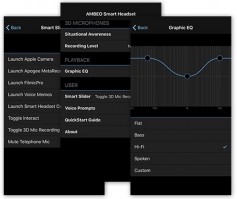 What’s different are the microphones on the Smart Headset face outward. Using a free, downloadable iPhone app, these microphones also enable the transparent hearing and noise cancellation that allow users to blend the sounds of surroundings with music or to tune them out.

When used with a video recording application, the Smart Headset adds binaural sound to the videos created with Apple’s iPhone. Users can listen back to these recordings through any pair of headphones to experience 3D sound with depth and relive the feeling of the original experience.

The earpieces of the headset has a feature called situational awareness. Using the rocker switch, users can either make the outside noise fade into a personal program, which allows users to stay safe when on the street, or one can deploy active noise cancellation, blocking out the acoustic environment. Situational awareness also works when recording or making a call and can be turned off. 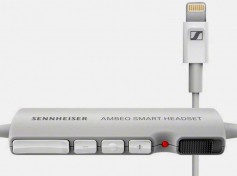 The iOS app can access advanced features and customization options. Control your input level for 3D recording, toggle between EQ presets or configure your transparent hearing settings. Customize the smart slider for an array of functions, from quickly launching your favorite audio or video recording app to toggling the interact mode to communicate with those around you.

Voice prompts are enabled by default for an audible confirmation of any changes made via the controls on the headset. However this can be disabled from the app if desired. The app is available for free from the App Store, but is not required for normal operation of the headset.

We found the Sennheiser AMBEO Smart Headset works as advertised. However, it is a specialized tool only for those who want to experiment with binaural sound on an iOS device. Because of the Lightning connector, it is limited to devices users can record on. There are cheaper binaural solutions that operate more universally.

Before purchasing the headset, check Sennheiser’s info page here. Note the apps it will work with and what it is NOT compatible with.

Also our review sample was provided without an instruction manual. When we asked for one, we were told all the needed information is on the Sennheiser website. Most of the information is there, but it takes a lot of extra work to find everything. One would think for a $300 product, a manual would be included. Whether one actually exists, we don’t know.

With those limitations, the headset is well made, sounds good and is a good choice if you need binaural recording on an iOS device.