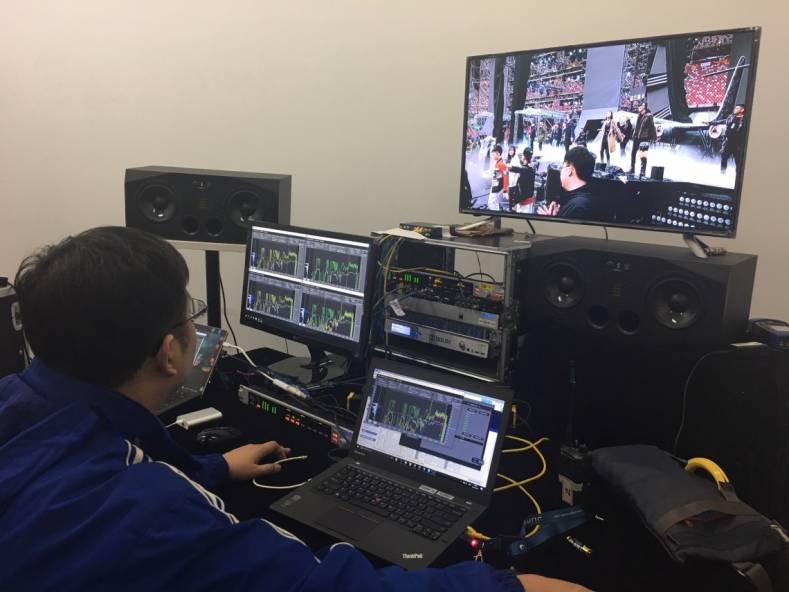 Wu Xiao Dong, Director of the Audio Department at ZRTV, at the Jünger Audio controls.

Zhejiang Radio and TV Group (ZRTV), a major TV broadcaster in China, has extended its existing relationship with Jünger Audio by equipping its new Zhejiang International TV Centre with a range of new loudness control and audio processing solutions. The network’s new 42-story TV Centre in Hangzhou houses several TV studios as well as studios for music and film production.

Owned by the local government, ZRTV delivers over 450 broadcast hours a day via its 12 television channels and eight radio channels. The network has been using Jünger Audio products since 2011 to ensure the quality of its broadcasts, particularly its most popular shows, like “Sing! China”, which is delivered to homes in 5.1 surround sound. It also is looking to create Dolby Atmos surround sound productions in the near future, using Jünger’s audio signal processing products.

Jünger Audio processors can be customized to meet the demands of individual broadcast workflows.

Wu Xiao Dong, Director of the Audio Department at ZRTV, said that Jünger Audio is one of the few manufactures that support all Dolby codec hardware solutions, along with specific voice processing and auto up/down mix features.

“The real benefit these units bring to our productions is the ability to tackle Dolby E encoding, Dolby metadata emulation, loudness and vocal voice processing,” he said, adding that all the Jünger Audio D*AP units play an important role in ZRTV’s daily production.

“We are gradually moving forward with Dolby Atmos surround sound productions, so we have also invested in Jünger Audio’s J*AF LM by Flux – a software plug-in version of the company’s Level Magic™ loudness management algorithm that is specifically aimed at Digital Audio Workstation users,” he says. “This codec is ideal for ZRTV’s post production departments because it offers real-time and offline measurement and correction and supports all audio formats including Dolby Atmos.”

In addition to the D*AP and J*AF products installed at its new TV Centre, ZRTV has also ordered several D*AP8 MAP, D*AP TAP and D*AP VAP processors for its new Outside Broadcast vehicle, which is currently under construction in Europe.

Jünger Audio demonstrated its full range of loudness control and audio processing solutions at the recent CABSAT exhibition in Dubai.