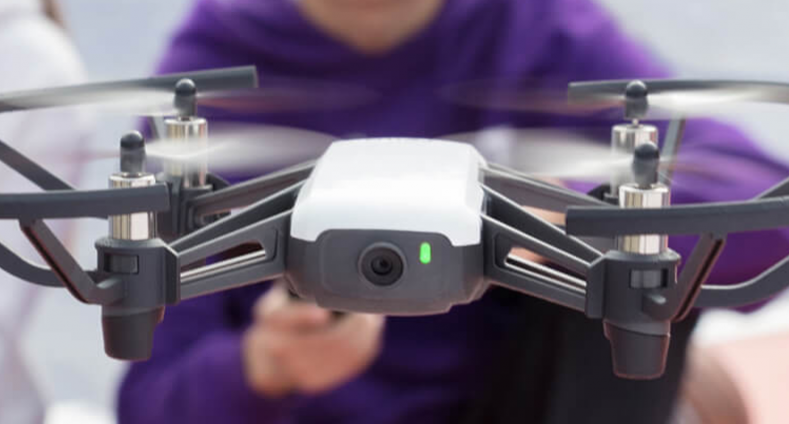 ​While companies such as Yuneec, DJI, Ryze Tech, AirSelfie Group and others tout their latest drones and related products at CES this week, action-cam manufacturer GoPro announced that it plans to exit the drone market completely once it unloads its remaining $799 Karma drones.

Citing “hostile regulatory environments” and an “untenable” aerial market, the company also plans to cut more than one-fifth of its workforce. GoPro faces mounting competition from new smartphones that feature improved video capabilities and advanced lenses. The company reduced the price of its Hero5 Black and Hero5 Session cameras in December, and this week announced it would lower its Hero6 model from $499 to $399.

“Shares in GoPro tumbled as much as 33 percent in Monday trading after the company announced restructuring plans and warned that its quarterly revenue would be substantially lower than expected,” reports The Wall Street Journal. Shares rebounded somewhat after CEO Nick Woodman “told CNBC that GoPro would entertain a sale to a larger company.”

“Although Karma reached the #2 market position in its price band in 2017, the product faces margin challenges in an extremely competitive aerial market,” according to the Q4 2017 earnings report.

“Furthermore, a hostile regulatory environment in Europe and the United States will likely reduce the total addressable market in the years ahead. These factors make the aerial market untenable and GoPro will exit the market after selling its remaining Karma inventory. GoPro will continue to provide service and support to Karma customers.”

Chinese startup Ryze Tech has debuted its smartwatch-sized, 80g toy drone. Featuring vision-processing tech from Intel and flight stabilization from DJI, the $99 Tello will launch in China later this month and be available internationally after March. The drone is aimed at younger users, with an emphasis on safety and ease-of-use, and features an HD camera for capturing 5-megapixel photos, 360-degree video, and live-streaming to a mobile device or third-party VR headset. The Tello is capable of flying for 13 minutes at a time and is controlled from a mobile app connected via Wi-Fi.

According to the press release, “Tello houses an HD camera and comes with a pre-programmed one-touch flight function called ‘EZ Shot,’ letting users capture a 360 video, fly in a circle and command Tello to fly ‘Up & Out’ seamlessly,” so users can spend less time controlling the drone and more time capturing footage.

“The idea of making play an essential part of learning and putting this concept into a drone makes the Tello more than just a toy,” suggests DJI vice president Paul Xu. “It’s an opportunity for kids and young engineers to discover the ingenuity and science behind aerial technology.”

Yuneec International announced three new drones at CES — an update to its Typhoon H, which debuted two years ago, and two new entries: the $700 Firebird FPV (the company’s first fixed-wing drone) and the $180 HD Racer (Yuneec’s first racing drone). The $1,800 Typhoon H Plus is designed for professional photographers and videographers; Yuneec claims the drone’s six-rotor hex airframe produces 40 percent less noise than earlier hex models and can maintain stability in winds up to 30 mph. It also uses Intel RealSense tech to avoid collisions. And with a high-aperture lens and one-inch sensor, the camera can capture 20-megapixel stills and 4K video at 60fps. 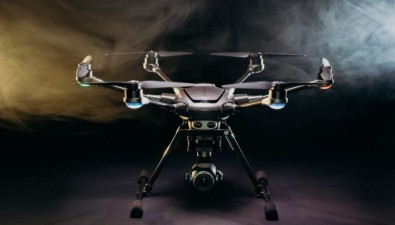 The Typhoon H Plus ships with a redesigned Android-based controller featuring a seven-inch integrated display and HD 720p video downlink for stunning real-time video reception. And thanks to the smart collision avoidance technology, photographers can spend more time capturing images rather than concentrating on navigation obstacles.

The lightweight Firebird FPV, Yuneec’s first fixed-wing drone, offers an airplane-like experience with a flight time up to 30 minutes. It features a nose-mounted camera in addition to Return Home, Geo Fence and Auto Landing capabilities. The Safety Mode prevents the Firebird FPV from descending below a certain altitude.

The small and durable HD Racer, meanwhile, with its protected blades is designed for those interested in breaking into drone racing. “The onboard camera can record 1080p video at 60fps, and a low-latency video downlink gives pilots a live feed while racing,” reports The Verge. “A flip-up feature helps pilots right their drones and get back in the air in the event that they do crash.”

The AirSelfie2, also announced at CES has an upgraded 12-megapixel camera for full HD photo and video, 50 percent longer battery life (giving a total flying time of 4 minutes, 30 seconds), as well as more integrated storage (16GB) and an upgraded app for iOS and Android phones.

Not much bigger than an iPhone, this mini drone costs $300 has a 12-megapixel camera for full HD photo and video, with 85-degree field of view and has 16GB of onboard storage.