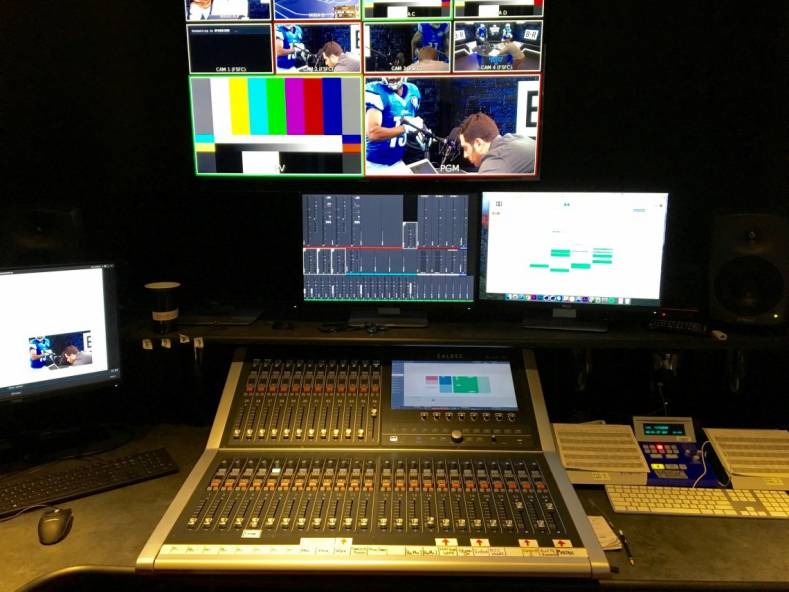 Mark Steinmetz, studio operator/audio engineer, Bleacher Report, said they chose the Calrec Audio Brio because of its user-friendly layout and powerful features, and it accommodates any skill level, which makes it ideal for the crew.

“Our audio operators love the console’s ease of contribution and mix-minus features, with a layout that's easy to grasp at first glance and displays the data in a very intuitive and natural manner,” he said.

Bleacher Report streams its content through its own app and also through online platforms such as Facebook, Instagram, and Snapchat. The online broadcaster produces its own shows in both its 600-square-foot and 1,400-square-foot studios, which may be occupied with up to 15 Facebook Live streams every week during peak season. Owned by Turner Broadcasting, a division of Time Warner, Bleacher Report‘s headquarters are in San Francisco, Calif., and also maintains offices in New York City and London.

The new Brios are a significant upgrade for Bleacher Report, whose previous audio console only offered limited routing via AES and Dante networking. One of the Brio consoles is now in production handling audio mixing for both studios, and the second Brio is being readied for mobile shoots. The Brio handles all of the productions' audio sources with ease, including Dante, AES, SDI, and analog. The desk handles routing between the different formats seamlessly and it also offers effortless mixing for live talk shows that might include up to eight panel guests.

“Not only were our previous console's mix settings cumbersome and hard to use, but the desk just wasn't up to the task of managing all of the audio I/O in our facility,” said Steinmetz. “The Brio's automixing makes our panel discussion shows much simpler to mix, and we're able to dial in settings that make the most sense for our facility and workflow. The Brio has improved our workflow by giving us the ability to route anything anywhere in and out of the facility—we can send audio wherever it needs to go, and it's fast and easy."