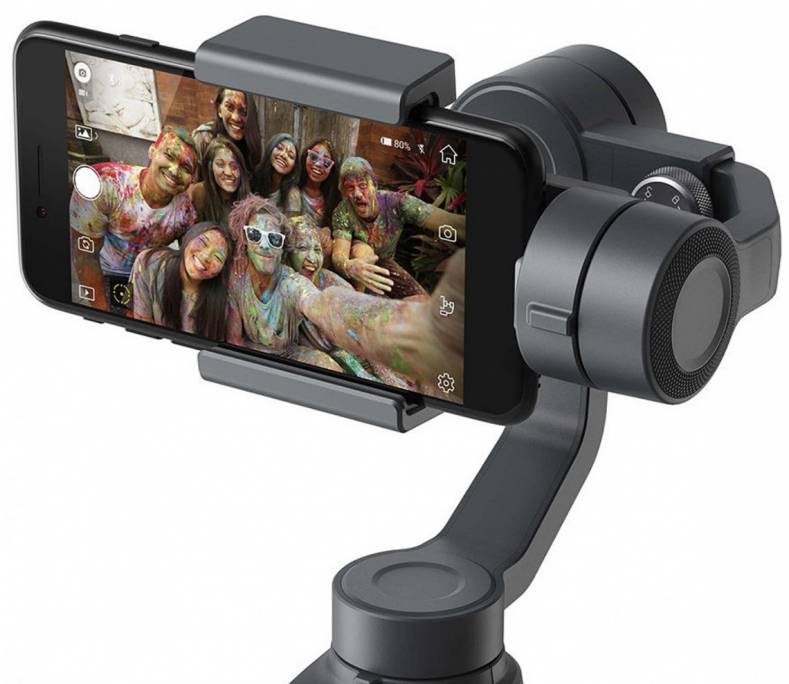 DJI said the Mobile 2, priced at $129, turns any smartphone into a stabilized camera. It features an integrated battery with up to 15 hours life and has a re-designed button layout to make it simpler to control the phone while shooting. The new model is lighter than its predecessor.

The DJI Osmo Mobile 2 will retail for $129 and will be exclusively available for pre-order at apple.com on January 23rd. It will expand to other dealers in February.

The Ronin S is a new three-axis stabilizer for mirrorless and DSLR cameras available in two sizes for either camera system. It operates with most camera lens combinations and has dedicated control buttons for the camera and gimbal.

It allows users to toggle between SmoothTrack settings and can record and stop the camera. A joystick allows easy aiming of the camera. It features a sport mode for fast moving subjects and other intelligent modes such as panorama, hyperlapse, track and CamAnchor.

The Ronin-S will be available in the second quarter of 2018. No price was announced.