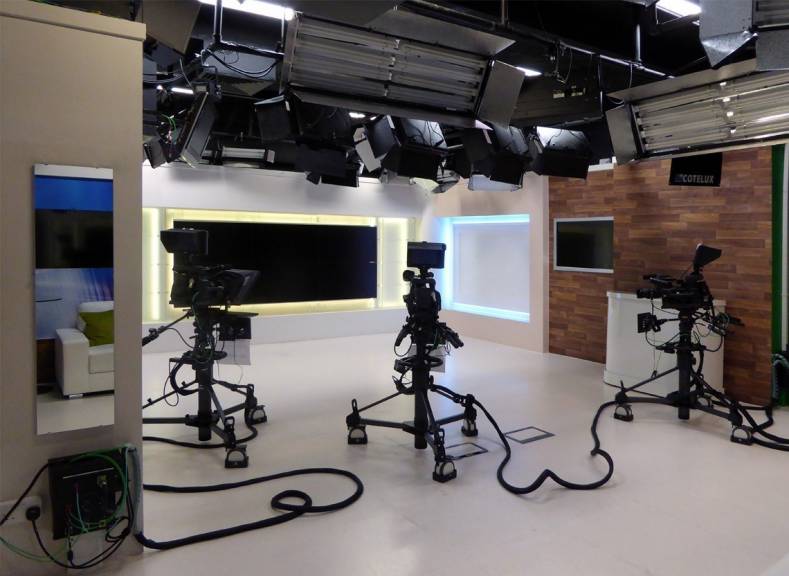 The Record TV studio benefited from redesign and rewiring.

The London-based UK studios of Brazilian free-to-air commercial television broadcaster Record TV Network were the recent recipient of the latest in a series of technical upgrades from ATG Danmon. The services provided to Record TV included the redesign and wiring of the Record TV studio facility, installation of a new routing switcher and production switcher from Blackmagic Design, and AJA signal converters. Also, audio-to-PC interfacing was integrated into the Record TV production system to enable high quality audio communication via Skype TX for Radio.

"We contribute a wide range of programme content supplementing the output from our parent channel in São Paulo," says Record TV's UK Administrative Coordinator, Rui Reis. "These include news, interviews, documentaries and entertainment. This latest update expands the versatility of our production infrastructure. ATG Danmon has proved a very good technology partner, able to work alongside our studio team without disturbing normal programme operations and to support us when needed. The systems installed have improved our operational efficiency and output quality." 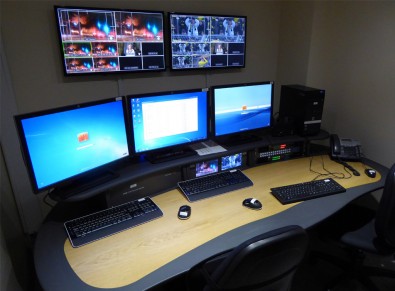 Productions are switched with a Blackmagic Design ATEM 2 ME.

"Record TV was introduced to us by Vantec, our Portuguese partner within the Danmon Group," adds ATG Danmon Managing Director Russell Peirson-Hagger. "We were very pleased to assist in upgrading and expanding their London facility."

Founded in 1953, Record TV broadcasts to over 150 countries on five continents. Record TV transmits via cable, satellite and internet, reaching about 80% of the European population. Record TV also reaches Africa, Asia and the Americas. Based in São Paulo, it went live in 1953, specializing in programmes reflecting Brazilian culture and society. It has since contributed strongly to the development of Brazilian popular music, achieving high viewer ratings. Record is today the longest-established Brazilian television broadcaster. In 2015, it became the pioneer Latin American TV network to produce programmes in 4K. In the UK it is the only Portuguese channel broadcasting on the Sky+ HD platform.