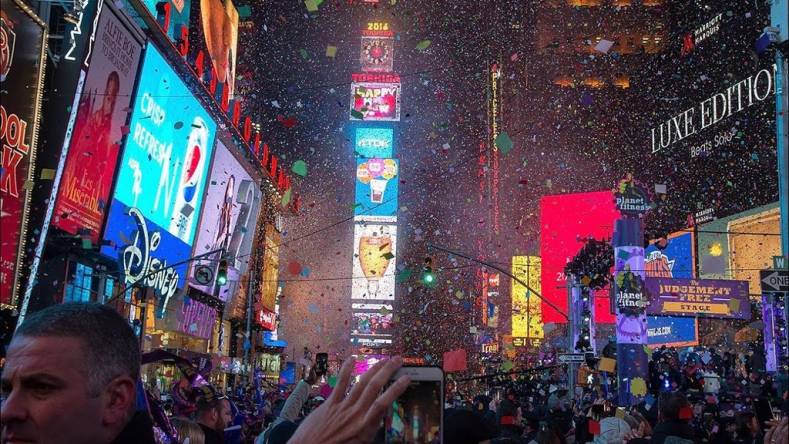 The online coverage of this year’s New Years Eve festivities had to compete for wireless spectrum with other broadcast groups.

Seeking shelter from the extreme cold temperatures in New York City on New Year’s Eve, many stayed home and watched the annual ball drop from Times Square on their computers, tablets and cell phones. For the third year in a row the official live stream was produced by New York-based production company Live X, using three wireless camera transmitters from Teradek that roamed the square to capture the festivities as they happened.

Nick Nagurka, Technical Supervisor at Live X, said the most challenging part was completing for mobile frequencies with over a million people in attendance.

“There was no way we were going to get any signal out of there, but we needed to have roaming ENGs if we were going to produce a good show,” explained Nagurka. “That’s why it was so important to have a reliable remote point-to-point transport from our roaming camera to the [on-site] broadcast truck.” 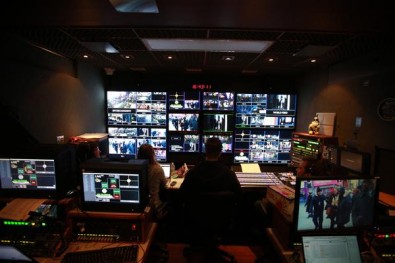 The Live X master control room aboard the on-site production truck, where final editing was performed before video was published online via a dedicated Verizon Fios line.

The Live X team used three ENG cameras each equipped with a Teradek Cube 655 encoder and a Silvus StreamCaster transmitter feeding a Cube decoder located onboard Live X’s HD production truck. They secured a reliable feed by using an underground fiber circuit to the company’s master control facility in the Hudson Yards section of NYC before final distribution via a dedicated Verizon Fios line. They also had a second Fios line as a backup.

While Live X had its own stage with cameras, the roaming cameras helped capture on-screen host Jonathan Bennett as he interviewed revelers and captured general audience B-roll footage for insertion into the program as needed.

The Silvus StreamCaster is a military-grade variable bitrate transmitter that can transport audio and video at up to 100Mbps to receivers up to eight blocks away. This was paired with Teradek’s Cube 655, a real-time, scalable video encoder for point-to-point video transport. Once the Cube encoded the video into the MPEG-TS (transport stream) format, the StreamCaster transmitted it via a 5.2Ghz link using multiple range extenders back to the broadcast truck. A Cisco switch on the truck received the data and sent it to a Cube decoder, which decoded the video and pushed it to the switcher. The final video was then sent to Live X’s master control room in the Hudson Yards.

Teradek’s Cube features 3G-SDI and HDMI inputs along with a new, high-powered 802.11AC WiFi adapter. The Cube 600 series encodes video at bitrates up to 15 Mbps. When bandwidth is limited, the unit's adaptive bitrate allows Cube to automatically adjust and stream at the highest quality achievable. 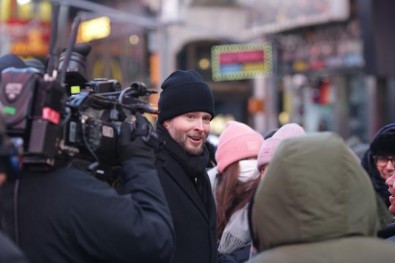 “We’ve never been able to ingest our ENG camera feeds so quickly into the switcher before, and the [Teradek] Cubes were a huge part of it,” said Nagurka. “The efficiency of the encoding and how high-def the video was made it an essential part of delivering the Ball Drop to viewers at home, and helped us produce a successful live show for the Times Square Alliance.”