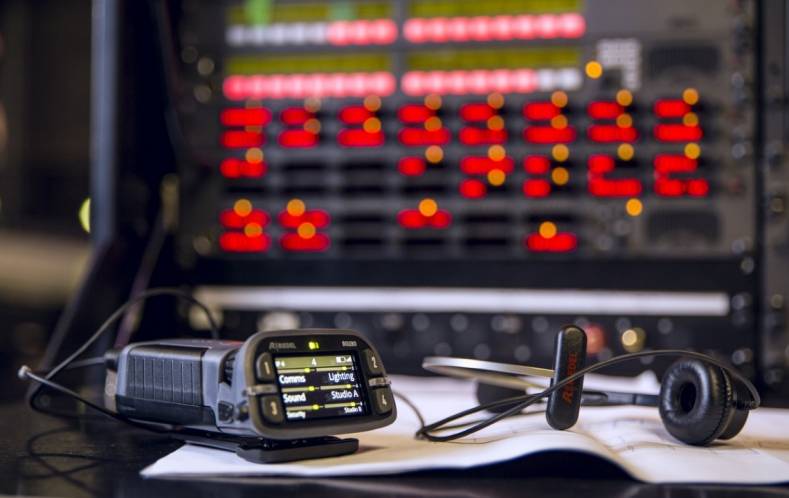 New product development takes time. This often means that companies appear to be slow in implementing emerging technologies and so lag behind their competitors. During 2017 Riedel Communications became the third of the Big Three intercom manufacturers to introduce a wireless system based on the DECT telecom standard, after RTS launched its ROAMEO at the start of the year and Clear-Com had taken an early lead over both with FreeSpeak II in 2014. But with Bolero, Riedel feels it is doing DECT “properly” and has already sold the product into a number of high profile installations, most notably the ‘new’ BBC Studioworks Television Centre in London.

Riedel debuted Bolero at Pro Light and Sound in Frankfurt during April, two weeks before taking it to the 2017 NAB Show. Work on the new system began two and a half years earlier. A key figure in the project was director of product management Jake Dodson, who was involved in the process from the beginning and says it was a reason why he joined Riedel. Prior to that he was vice president of product management for the Videocom division of the Vitec Group, before which he held the same role at Clear-Com.

In 2009 Riedel introduced the Acrobat digital wireless intercom, which was licence-free and full duplex (i.e. two-way simultaneously). It was designed to work in conjunction with wired Artist matrix systems but some users, including BBC Studioworks, the commercial facilities subsidiary of the BBC, felt Acrobat offered fewer features than competing products, such as Clear-Com FreeSpeak II.

Bolero, Dodson comments, was envisioned as a significant move on from its predecessor. "We needed to move things on to a whole new level," he says. "Bolero is a completely different animal to Acrobat and is a ground-up development in all aspects. We redesigned everything, from the receiver and antenna technology to the network."

A feature of Bolero that Riedel claims is unique to the system is its decentralised antenna architecture. This means the antennas hold the intelligence of the network and manage all networking functions. The network supporting the antennas is based on AES67, the audio over IP (AoIP) interoperability standard, making it compliant with SMPTE 2110 video networks (which incorporate AES67 as the audio component under the designation ST 2110-30).

A single Bolero antenna is able to accommodate ten belt packs. Additional antennas share the database and management features for the system from the original set-up. This means that if the first antenna is unplugged or a cable is damaged, the other antennas on the network take up the load. "The more antennas you add to the network, the more robust it becomes," Dodson explains. "You can keep adding up to 100 antennas on a single network. From a conceptual point of view, not only have we improved the RF layer but we've also improved the networking layer. The intention was to look towards the next generation of intercoms and communications on the latest synchronised Layer 3 IP backbone networks."

Riedel has been an enthusiastic proponent of audio networking, initially with its proprietary MediorNet transport system, designed to carry communications, programme sound, commentary and data. In 2016 it introduced Dante-enabled versions of its Artist matrixes, giving AoIP capability. During IBC 2017 it announced the MicroN IP app, which is able to handle AES67 audio and SMPTE ST 2110 video, plus SDI and MADI signals. With Bolero offering AES67 from the outset, Dodson says Riedel is now looking at connectivity through the AES67 cards on Artist.

"We have our own AES67 core on the FPGA [field-programmable gate array] inside the Bolero antenna, which was developed at our R&D labs in Vienna," Dodson says. "This means we have complete control over the network layer. As the AES67 and SMPTE 2110 standards evolve, we can tune the Bolero network the antennas sit on to make sure it stays in line with that. In the past we've used third party cores and you always end up doing a bunch of work trying to de-bug other people's code. We've now gone in a direction where it's all our own, so we have complete control over the entire ecosystem."

The AES67 component of Bolero is able to synchronise with the DECT layer. Standing for Digital Enhanced Cordless Telecommunications, DECT was originally developed as the basis of the new generation of cordless telephones during the 1980s but its scope was soon expanded to include other data-based communications devices. Dodson says he and the development team looked at other technologies but decided on this format for a particular reason: "When we looked at DECT, we realised that nobody, including ourselves, had done it properly. DECT is a really compelling technology because it's 1.9GHz, so it's just far enough away from 2.4G where you can have a lot of capacity issues with mobile phones. It's got very good penetration characteristics because of the frequencies used and it's very fault tolerant." 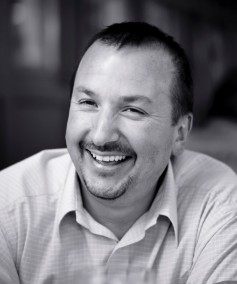 Despite these benefits, Dodson says there were still problems with how DECT handled multi-path signals. To correct this Riedel worked to improve DECT's tolerance to multi-path effects, together with its core reliability. "DECT has a lot of hallmarks that make it absolutely ideal," Dodson comments. "It is globally licence free, so you don't have to worry about frequency coordination and licensing of frequencies. But it needed something different and that's what we did with Bolero."

The Bolero belt pack has been designed to be used with headphones while on the move but it can also be placed on a desk and operated like a remote key panel through its integrated mic and loudspeaker. There is another form of integration offered on Bolero, which Dodson says could make life less cluttered for production personnel. "An intercom belt pack is a specialised application, only used by the production team and nowhere else in the operation," he comments. "But, when you look at a production, you have runners who are often rushing around with walkie-talkies and then there are technical and security teams and a whole series of other people communicating with each other on different systems." 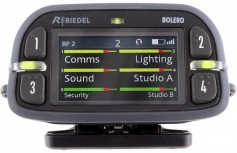 Dodson continues that Bolero gives the opportunity to do away with separate two-way radio and use the intercom belt pack for all communications, not just on the production side. "If you make the belt pack so it can be used by different operators, you've got one technology that can go across the entire operation," he says. "It can also all be linked together in Artist, using the RiFace radio interface, to create a unified communications environment from security to production."

During the development of Bolero, Dodson was put in touch with Andy Tapley, a sound supervisor with BBC Studioworks, which was considering what equipment to install in the then under-construction Television Centre (TVC). Prototype hardware was tested under NDA at the west London site in various parts of the building. It was then used on the set of Strictly Come Dancing during a dress rehearsal at Elstree Studios to show how it would perform on an actual production. On the back of both tests Bolero was selected for TVC and installed in July, ready for the reopening of the facilities on 1 September 2017.

That installation was soon followed by others, including TV Skyline in Germany, Irish OB supplier TVM and BBC Glasgow at Pacific Quay. Bolero has also been used at the Eurovision Song Contest in Kiev and the MTV Awards in Los Angeles.

Jake Dodson concludes that Bolero will continue to evolve, following what he calls a five year road map: "We have created an architecture and platform that goes beyond what Bolero is right now. This is the beginning, which is already exciting, but you will see more from the system in the coming years."