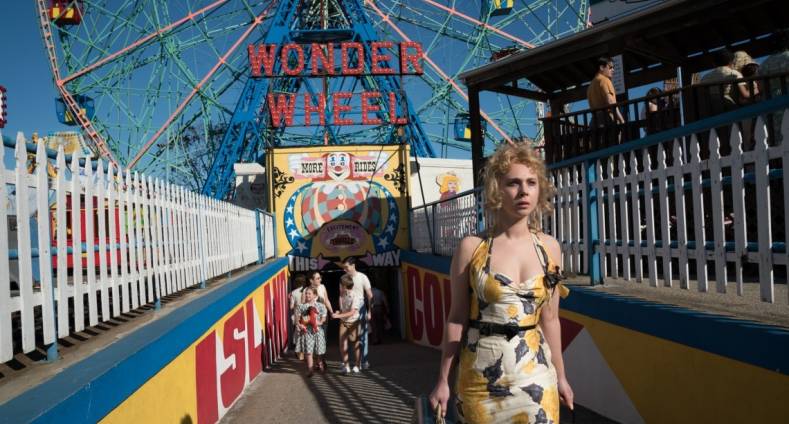 Behind the camera, the movie also reunites colourist Anthony Raffaele of Technicolor PostWorks New York and DIT Simone d’Arcangelo. Director, cinematographer, DIT and colourist had all worked together on Allen's last film, Café Society, which was his first shot digitally. 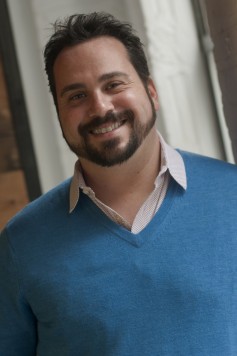 The wonder wheel of the title is the Ferris wheel in Coney Island, New York. Set in the murky underworld of the fairground in the 1950s, the story is told by the beach lifeguard, an aspiring dramatist. Storaro’s vision for the movie was to achieve that bright, saturated view of the long hot days of summer and Coney Island, inspired by painters like Reginald Marsh and Norman Rockwell.

Recreating the look of sixty years ago would inevitably call for a lot of VFX, but Storaro and Allen were keen to capture as much as possible in camera, and a lot of the shoot was on location at Coney Island. Because the look of the movie was so central to the story, Storaro and Allen needed to see what they were shooting in the context of the final look.

Colourist Raffaele and DIT d’Arcangelo worked collaboratively, relying on the Baselight Linked Grade (BLG) render-free workflow provided by the tools from FilmLight. Using the ACES colour space, Raffaele created a set of looks in Baselight and exported the BLG files, which d’Arcangelo could use on site. D’Arcangelo used FilmLight’s Prelight preview tool to impose the grade on the raw footage on location, and to show the results to Storaro every day. Notes and feedback were exchanged back and forth between set and colourist during the shoot.

Prelight is a Mac application that allows the cinematographer and other creatives to freely author, apply and modify grades, which can then be saved in the BLG format. The user can preview and eventually refine the grades on set, to get as close as possible to the finished look. This provides huge reassurance for director and cinematographer, particularly in a movie as stylistic as Wonder Wheel. 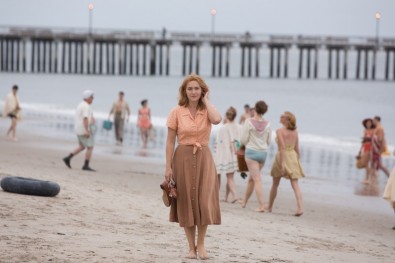 Raffaele used Filmlight's Prelight application allowing him to create suggested color grading, which once saved in BLG format could be previewed on set.

“Vittorio is a very traditional cinematographer, who thinks in terms of photo-chemical effects,” Raffaele explained. “He grew up with flashing the negative – which gives you more details in the shadows – and flashing the positive for more in the highlights.

“So I created layers for each of those effects in Baselight, and gave them to Simone,” he explained. “We used the layer blending to increase the amount of flash – negative or positive. Vittorio could say ‘Simone, can I have 10% more flash positive or 20% more flash negative’. We could give him precisely what he wanted to see, on set.”

As the person on set throughout the production, Simone d’Arcangelo had to interpret the requests and present the best possible grades. “The first picture we see is like the first love,” he said. “We should make sure it is as close as possible to the one the cinematographer and director want.

Vittorio is a very traditional cinematographer, who thinks in terms of photo-chemical effects. He grew up with flashing the negative – which gives you more details in the shadows – and flashing the positive for more in the highlights.

“This means for me I have a solid relationship with the colourist from the beginning,” d’Arcangelo added. “I love to feel in perfect harmony with the cinematographer and the colourist, to be in the chain in all the creative steps.”

The team worked together through the shoot. Vittorio instituted a viewing session in his hotel room every Saturday: he called it the “weeklies”. Again, using Prelight, looks could be refined for each shot, getting ever closer to the final look. And in turn, these new BLG files were passed back to Simone so that the next week’s shoot would benefit from the additional time spent grading.

The result was that the on-set monitoring was continually being refined, both by the weeklies sessions and by grading work carried out each day by Raffaelet. “They would pull up the BLG on set, look at it on a calibrated monitor, then be able to say ‘OK, we like what he did’, or maybe ‘we should add that adjustment to the highlights’,” explained Raffaele.

“They were able to have the flexibility of requesting whatever they wanted to do, because now they had a precise grade they could see and use on set. That was way more collaborative, for myself and for Simone as a DIT. Simone could say ‘you know what happened on layer four, I think that’s maybe going too far’. So I could backtrack my corrections as well.”

Recreating the 1950s meant that there was much reliance on VFX. In turn, that imposed challenges for the live action shoot. In particular, the apartment at the centre of the story was supposed to be in the middle of the park, with the Ferris wheel outside. While this could be created in Nuke, the challenge was to ensure the interior had the look and feel of the time of day and time of year.

“This was one of the reasons why we really wanted to use Prelight,” said Raffaele. “We could create looks and know on set how it was going to look and feel, so Vittorio could say ‘we should be less saturated at this point’, or ‘it should be warmer because of the sunset’. Being able to make those adjustments offline and on set at the same time was tremendous.”

D’Arcangelo added, “One of the tools we used most was the Hue Angle. That gave us the chance to have a strong contrast, but still select the highlight and the shadow to get rich detail in each.

“Prelight had everything I needed,” he emphasised. “It gave us more tools, and more consistency in our colour journey. Without compromise or error.”

This was one of the reasons why we really wanted to use Prelight.. We could create looks and know on set how it was going to look and feel, so Vittorio could say ‘we should be less saturated at this point’, or ‘it should be warmer because of the sunset’. Being able to make those adjustments offline and on set at the same time was tremendous. 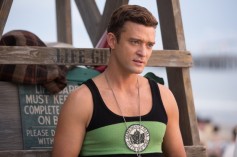 In practical terms, the whole production used an ACES workflow. “That was another key reason why we wanted to use Prelight,” according to Raffaele. “We could have ACES from beginning to end. We could deliver a grade to VFX in ACES, and then grade them in.”

The shoot used Cooke and Angénieux lenses on Sony F65 cameras. Capture was in 4K and high dynamic range. Finishing used SMPTE ST2084 high dynamic range processing, and an HDR pass was one of the deliverables. “Again, so easy with Baselight,” according to colourist Raffaele. “You transform directly, adding a point of density, a point of red – whatever, just for a fix.”

At the end of the production, three weeks was allowed for the final DI, along with time to tweak the effects shots as they were loaded. “I pretty much had to delve into as many of the Baselight tools as possible for this,” Raffaele recalled. “There was a lot of selective colouring, which relied on tracking and windowing – I think I found new ways to key just from doing so much of it! 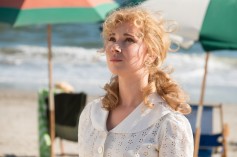 “I tend to work with a layered base grade,” he continued. “I break everything down into red, green and blue then recombine, so blending layers was a huge part. I even break it down so key grain into the highs, mids and lows to create subtle amounts of texture.”

This was a technique that he had developed for his previous collaboration with Storaro and Allen's, Café Society. In this, too, there were scenes where they wanted the “Technicolor look”, which came from the original three-strip celluloid system. Baselight essentially allows Raffaele to work in a digital three-strip environment.

Comparing Wonder Wheel to Café Society, Raffaele said of the more recent movie, “Everything was even more magnificent. The look was more stylised, and the production itself was more grand.”

To achieve that grand, stylised result demanded a workflow that brought new levels of collaboration and communication, only achievable with FilmLight technology. As DIT Simone d’Arcangelo concluded, “If you do not want to compromise, if you want to work in perfect synchronisation with no creative limitations, the BLG format is the way to go.”