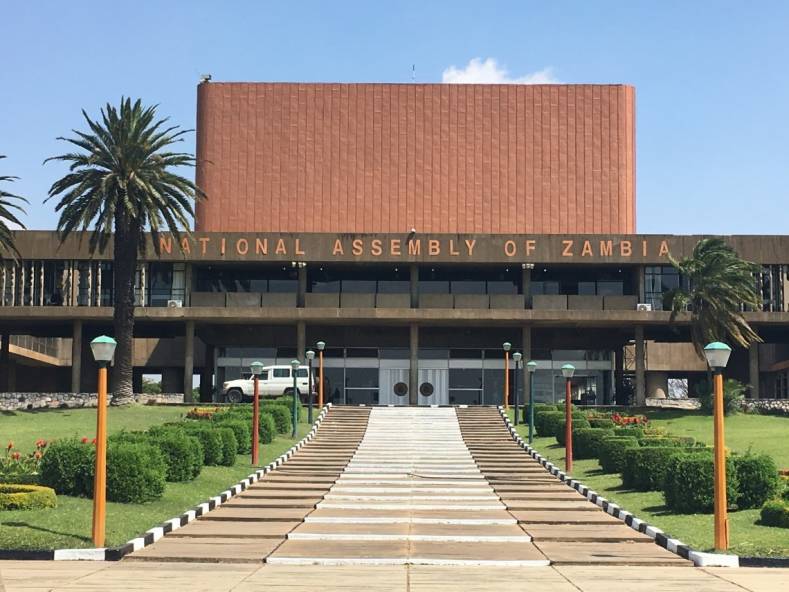 Zambian Parliament calls on STRYME to deliver a broadcast production and playout broadcast system for their new Parliament Television.

The Zambian government have received financial support for the project from the German government-owned_development bank, Kreditanstalt für Wiederaufbau (KFW), while Studio Berlin provided consultative advice. The project included the installation of cameras in several key locations on the walls of the Parliament Chamber and in three conference rooms.

Live debates from these four locations can now be recorded simultaneously, using a STRYME 4-in Multi-Cam Ingest system. Additionally, part of the press gallery was turned into a TV studio equipped with a GENESIX video server, complete with master control and playout automation, and four ultra-fast ingest channels which capture and record all live images locally on the GENESIX Video Server.

The GENESIX Transfer Manager simultaneously transports and records clips and metadata – using transfer while capture – to a third-party archive (Proxy from VITEC) where they are stored for one month in HD broadcast quality. After expiry of the storage period, clips and metadata are moved to a tape library. The GENESIX Playlist Scheduler can plan, set up, arrange, edit and schedule a playlist — with the added option of enhancing it with graphics stored on the GENESIX Video Server.

The Playout Automation module manages everything else: broadcasting parliamentary debates, events and celebrations automatically as scheduled, and, if needed, on a 24/7 basis.