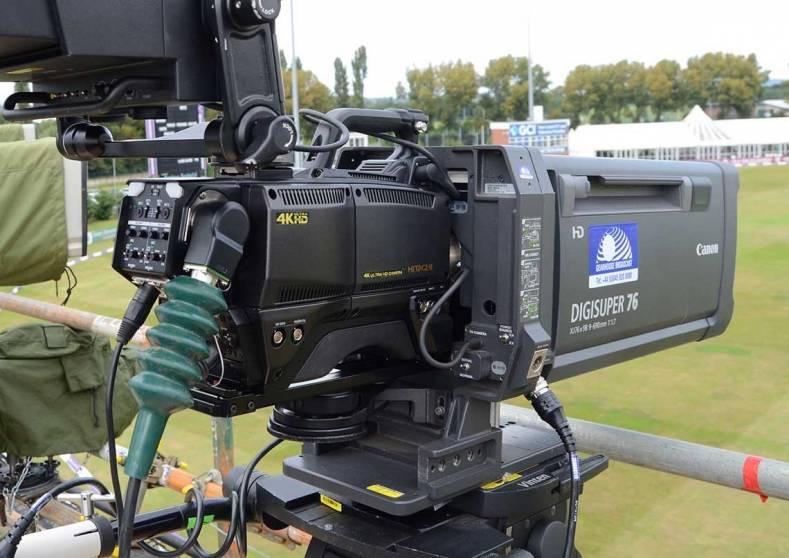 Hitachi's 4K system camera put through its paces by Gearhouse

Hitachi is one of several camera manufacturers unleashing 4K cameras with 2/3-inch B4 mounts and Gearhouse Broadcast made waves on its release at IBC2014 by announcing it would take the first 50 off the production line. Since then Gearhouse tested the camera to see how well the cameras worked in existing workflows and shares its findings with thebroadcastbridge.

“The SK-UHD4000 is based on the existing SK-HD1500 supermotion camera so we were already very well acquainted with it,” explains Kevin Moorhouse, COO. “The only real difference is the fact that it outputs 4K.”

At the ATP World Tour Finals at the O2 in November, Gearhouse used four SK-UHD4000s for both the four-camera UHD coverage and the standard HD coverage which was broadcast live from the O2 for a week.

“What we’re finding with the SK-UHD4000 is that they actually used less power than the HD models,” reports Moorhouse. “We were very happy with the outcome of this test – we had the 4K footage playing out onto some 65” and 80” screens – that’s where you can really see the benefit. The next step would be to undertake a side-by-side ‘shootout comparison’ with other manufacturers’ camera systems.”

The main selling point of the camera – according to Hitachi executives – is the ease with which it might slot into existing workflows and OB equipment. 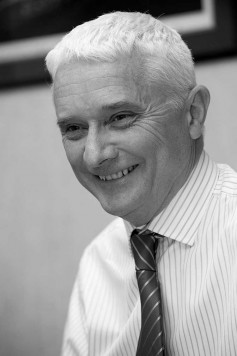 Kevin Moorhouse: "The next step is to make a side-by-side ‘shootout comparison’ with other manufacturers’ camera systems"

“The 2/3-inch B4 mount means that we’re able to continue using our existing lens stock – this is a huge bonus and something that we told Hitachi was very important to us when we started to look at 4K,” says Moorhouse. “Specifically within sport, we’re still able to use the long, big-barrel lenses we already have so there’s no need to invest in more equipment.

“Besides that, one of the other things which really makes this camera attractive to the outside broadcast market is that it’s just like its predecessors. It doesn’t need anything new to work and that’s hugely beneficial to our camera operators – and any other camera operators for that matter. The view finder, in- and outputs, buttons, switches and software functionality, to mention a few elements, work in the same way. You can plug in a SMPTE cable and you’re ready to go.”

Moorhouse suggests that the camera fits well into the OB market because it still fits into an HD workflow “perfectly with no additions.”

“This is something we learnt from 3D, which required its own separate camera systems, was that live event organisers are always wary of letting us add additional camera positions,” he says. “They don’t want additional seat kills at their events and because we can use the SK-UHD4000 to output both UHD and HD this won’t happen.”

The camera was also tested by Gearhouse at the Ryder Cup. Besides the use of existing lens stock, this trial demonstrated the ease of set up when used in a 4K workflow. It took Gearhouse technicians at Gleneagles less than one hour to set the camera up.

“They just plugged in and they were ready to go and it was a similar story at the ATP World Tour Finals,” he reports. “It’s as easy as this because it works the same way as existing Hitachi cameras and at an event like the golf or the tennis, it’s always important for an OB to be able to roll in, plug in the kit – camera included – and be ready to record. This can provides considerable cost savings on man power for live sports where crew is needed for a number of days. For any production, it’s easier if the crew is familiar with the kit before arriving and that element is just what the SK-UHD4000 provides.” 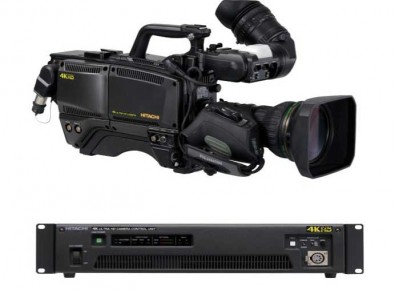 The camera has four sensors – one red, one blue and two green.  This gives better sensitivity and ultimately, better resolution.  Even the HD output is sharper in the SK-UHD4000 – something you would expect from a camera which can shoot four times that resolution.

The biggest bonus to the camera’s multiple sensor approach for live sports, according to Moorhouse, is again, the ability to use existing lenses.

“We’ve invested in the Canon lenses we have because they are great pieces of kit. Because of the type of lenses used in sports, the economic benefit of using what we already have is significant and the multiple sensors allow us to do this. On top of this, there’s a new focus assist function for camera operators. Because the resolution is so high, it can be harder to hold focus on 4K footage but the SK-UHD4000 has introduced this new function to eliminate this issue.”

The camera has four HD outputs as well as two 4K outputs (and four SD outputs if required). At the O2 the camera was run in both HD and 4K at the same time.

“We wouldn’t invest in any equipment if there was a chance it would jeopardise our HD broadcasts because HD is still going to be around for years – even if we start to broadcast 4K next week. New, higher resolution is an exciting prospect for the entire industry, from production right through to post and delivery.  But HD is still very much the standard and we need to make sure that our output is as good as it’s ever been.

The Real-Time Lens Aberration Correction (R-LAC) in the SK-UH4000 is used in the same way as it has been in all the recent Hitachi cameras. The software reads data fed from the lens and corrects any misalignments between this and the pick-up device inside the camera. Because of the way lenses and cameras are manufactured, the alignment can’t be physically shifted so the built-in correction tool does it instead. Any combination of camera and lens can produce a misalignment between the two and using HD lenses when shooting in 4K can make this more apparent. This issue can be heightened if the lens has ‘been around the block’ so the lens correction in the SK-UHD4000 combats this by being more precise.

“Because of the way everyone is sitting waiting for 4K to explode, there still aren’t any requests to broadcast in UHD outside of the production tests taking place,” Moorhouse says. “But these tests are happening all over the world.”

Gearhouse is building new OB trucks for its Australian businesses and the SK-UHD4000 will feature in these.

“While we haven’t quite reached the point where clients are planning 4K broadcasts, we are integrating these camera to future-proof the solutions we offer.”