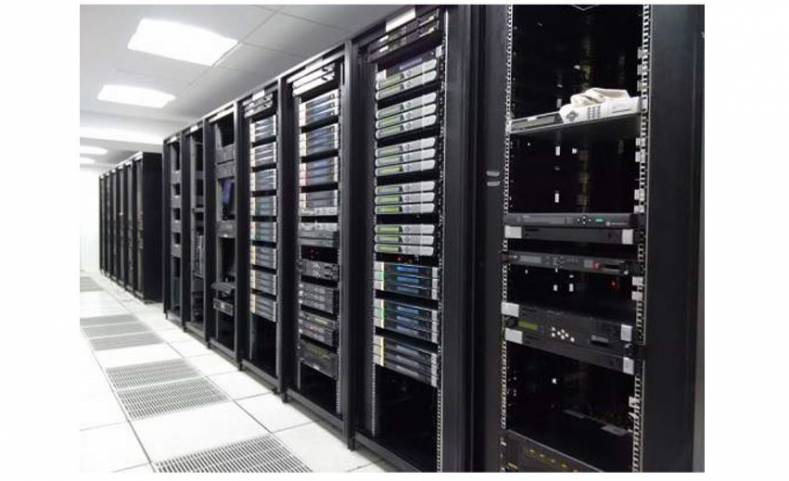 The India Electronic Media Monitoring Centre (EMMC) is a massive monitoring centre that includes 300 workstations, spread over five monitoring rooms, scalable to 1500 channels and 500 users. The centre monitors the contents of all TV channels and radio stations broadcasting, uplinking and downlinking in India, checking for program and advertising code violations.

The Indian Central Monitoring Centre was set up during World War II to monitor anti-war propaganda by various international radio programs. It was brought under the direct control of Ministry of Information & Broadcasting in 2003. In 2008, content monitoring was transferred to the Electronic Media Monitoring Centre (EMMC), set up under the Ministry of Information and Broadcasting.

Having been entrusted to monitor the contents of all TV channels and radio stations broadcasting, uplinking and downlinking in India, EMMC checks for violations of program and advertisement codes. Up to 1500 TV channels and 800 radio station signals all over the Indian Territory are monitored. The first challenge in building such a system was to collect and transfer more than 2000 broadcast feeds into one central location in New Delhi.

The second challenge was to set up a central data-center to encode more than 2000 channels and store all broadcasted content 24 hours a day, 7 days a week, for a period of 6 months, in a central storage accessible to hundreds of operators with an access time below 1 second.

The third challenge was to automate the monitoring functionality as much as possible. Rather than using hundreds of operators working three shifts per day to monitor the content, authorities decided to rely on automatic content monitoring tools such as automatic detection and indexing of all commercials.

Another automation tool was required to extract spoken words, first in all English-spoken channels, followed by Hindi channels, and followed by all 14 regional languages. The solution relies on a powerful speech-to-text program that can handle up to 14 languages, together with indexing of all key-words, and with the ability to search for some specific words, and issuing alerts if necessary.

Finally, there was a need to migrate from the previous monitoring system, into the  new Actus monitoring system all while maintaining and improving work procedures. It was important to prevent any interruptions to operations during the transition. 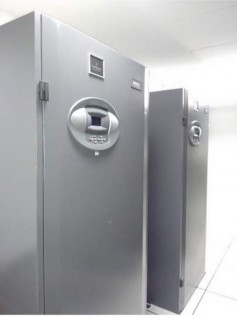 Actus built a fully integrated digital solution based on IP transport streams. All feeds are first converted to IP streams at the broadcast site. From there, the IP streams and all TV channels and radio stations, are fed into two dozen Actus recording servers that encode them into MPEG4 and AAC H.264 which present the a quality/size ratio.

The data are stored in dual locations for redundancy. One copy is kept inside the Actus recording servers for a few days, while a second copy is immediately pushed to a central storage location that provides hundreds of TeraBytes capacity.

The Actus AdWatch module automatically detects all appearances of all marked commercials. This eliminates the need for human visual monitoring of commercial channels. The detected adverts are later analyzed and a report is created to flag hours during which the amount, or time of commercial ads, or program promos, exceed any legal limits.

Some programs require a complete transcription so the audio is automatically converted from speech to text (STT) through an integrated STT module. The transcriptions are transferred back into the media database so operators can view them as sub titles inserted into the video. A keywords search module can flag the appearance of any suspected inappropriate words that were created by the STT module. 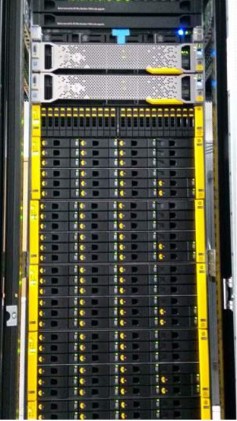 One of the two central storage cabinets providing many hundreds of TB.

Such a large installation is rarely problem-free, and indeed, there were a couple of major challenges encountered during the installation.

One of the challenges required optimizing the multiple communications and network components required to manage the large amount of data generated by hundreds of sources and required encoders, and then moving that data into central storage.

The second challenge resulted from the central storage system's inability to record the amount of data being generated. Working with the storage systems' vendor, a solution was developed that enabled the storage modules to maintain a sufficiently high write rate.

The general entertainment channels (GEC) teams are each assigned a number of channels to monitor. They work mostly on archived content from the previous few hours or from the previous evening. Their objective is to flag violations.

Each violation has a specific code. The monitor is recording the code, together with a marking of the video segment (channel, time-in, time-out). The monitor then adds a textual description of the violation and of the context. Each monitor compiles a daily report of flagged violations. The reports of each team are combined into a daily team report, which is sent to the senior monitor. The senior operators have a console from which they can monitor which teams prepared which reports, and verifythe status of each report.

EMMC requested the ability to “pin” several live channels on the side of the screen allowing the monitor to keep an eye on live feeds while at the same time preparing a clip or an analysis of another story.

Because different teams, working on different channels and different languages are likely to work on the same topic, there is a need to consolidate all reports into one single report per topic. The senior monitors rely on a software tool to tally the duration of coverage by topic from each of the channels into one statistical report presentation. 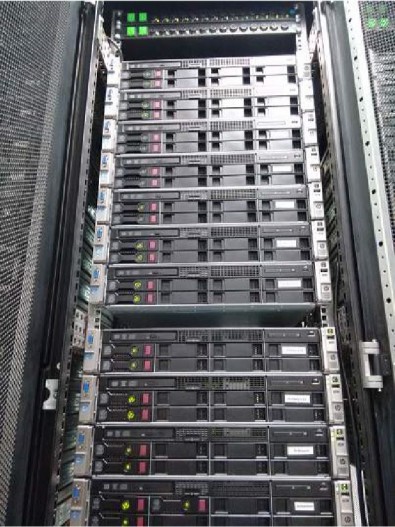 Each Actus recorder encodes 20 - 30 SD and HD channels and stores proxy files before pushing them to central storage.

The monitoring system continuously captures, encodes, analyzes and stores live video and audio streams automatically. Users can extract video segments or still photos as MPEG and JPEG files for sharing and presentation. It can automatically detect repetitive video-audio clips. Monitoring is done on 365 X 24 X 7 basis. The system caters for a staff of 250 Workstations in Phase I that will increase to 350 Workstations in Phase II.

Presently with the implementation of Phase I, EMMC records and monitors around 600 TV channels around the clock. In a separate workflow, EMMC also monitors all national news channels and compiles a report of all news topics, and coverage by channel. This report is composed of a multimedia document, with video, audio, written analysis, and statistics.

EMMC management reports “This is our third generation monitoring system. We started 10 years ago with a manual system based on VHS tapes, we modernized 5 years ago with an Indian based system who took us to the digital age with an Analog based system, and now we have implemented a fully digital system from Actus Digital, that is IP based, with instant access time, and state-of-the-art features such as automatic content detection, speech to text, integrating our workflow."