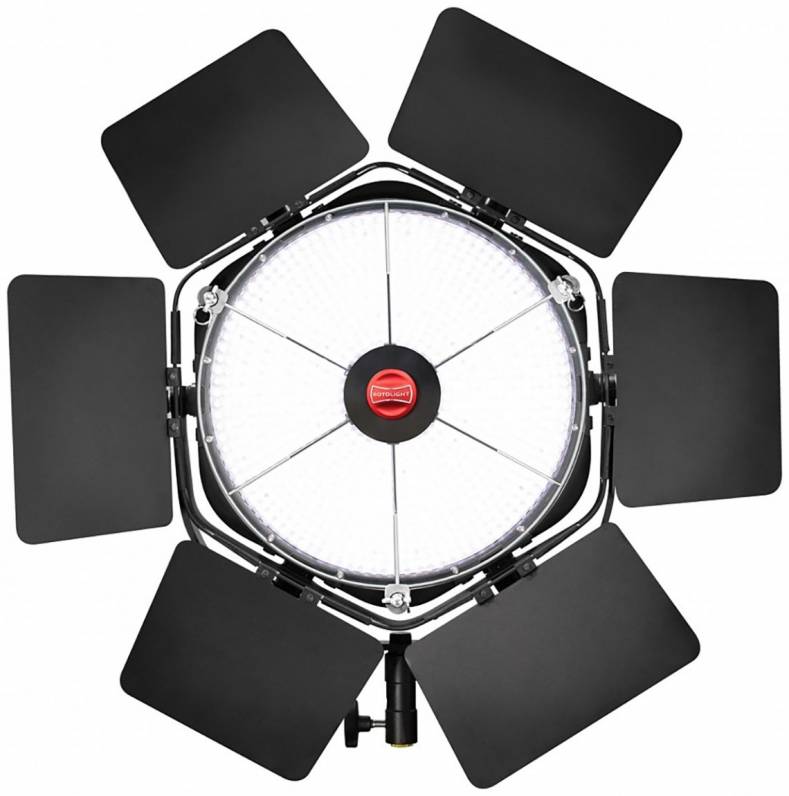 Rotolight has launched the Anova Pro 2, a continuous light with one of the highest outputs available from an LED fixture.

Rotolight said the new fourth generation LED light works as both continuous and as a high speed sync flash. It is one of the brightest LED lights ever launched in its class, delivering 10,700 lux at three feet.

The Anova Pro 2 offers 70 percent more power output than its predecessor, while being one of the most energy efficient LED panels ever designed. With 72 watts of power consumption, it reduces operating costs for TV studios, while providing unrivaled battery performance on location.

“The Rotolight Anova PRO 2 is the perfect light for working in the live television environment. We are able to light people accurately, very quickly, saving us time, mistakes on air and a lot of money,” said Wesley Dodd, CEO of Celebro Media, London’s first 4K facility and an early Rotolight customer who has ordered 200 Anova Pro 2 lights.

Due to the fixture’s powerful output and light weight, it is also excellent for on location use. Italian state broadcaster RAI TV recently purchased 150 Anova Pro Kits for their ENG production teams.

The Anova Pro 2 is available from $1625 in December and ships with integrated DMX, V-lock battery plate, wireless Elinchrom receiver and four piece filter kit. A wide range of additional accessories and modifiers are separately available.