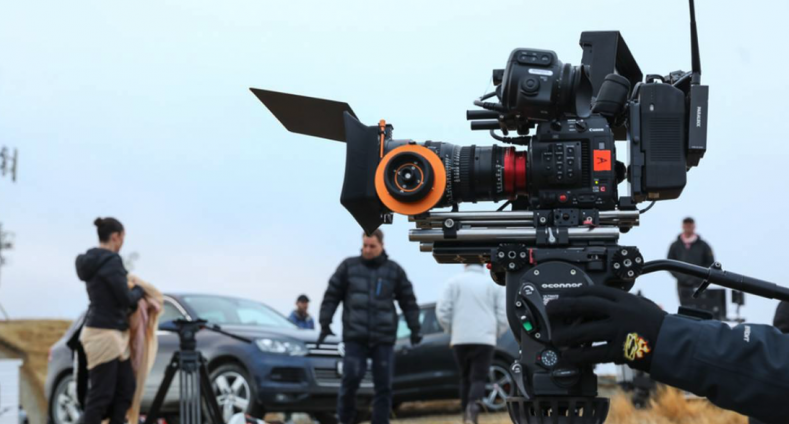 Director Brett Danton has wrapped a 60-second spot for the new Jaguar F-PACE performance SUV shot on the Canon C200. Danton and DP Ashleigh Carter, opted to use Canon EOS C200 and EOS C700 Cinema cameras, a range of Canon EF and Cine lenses for the shoot, along with the Canon DP-V1710 4K UHD reference display for on-set monitoring.

The 60-second spot, which celebrates Jaguar’s new F-PACE performance SUV, was produced for Spark44. With the creative treatment calling for a backdrop of the most beautiful place in the world to reflect the car’s status, Danton decided to shoot the commercial on New Zealand’s spectacular South Island.

The commercial’s rich subjects included the grey Jaguar F-PACE traversing across picturesque mountains, a contemporary ballerina dancing under rolling clouds and blue skies, crystal clear lakes and more – all shot in temperatures ranging from 14 degrees to as low as -14˚C when on the drone.

Danton presented the film – and shared his thoughts on the Canon EOS C200 camera – at a recent event in London’s Soho. During the screening, he said the team “wanted to fly the camera. We wanted it on drones and also on gimbals. The EOS C200’s lightweight body (just 1.4kg) was ideal for this as it gave us the ability to shoot using a range of setups.” The Canon Dual Pixel CMOS AF feature and focus assist along with the EVF-V70 OLED viewfinder were used throughout the shoot to help maintain focus on the moving Jaguar and monitor the image in HDR. 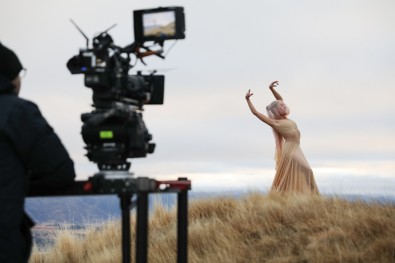 The dancer emerging from the mist.

The nature of the locations meant the crew were limited in how many hours of clear weather they had each day, but the EOS C200 performed effortlessly through heavy clouds and extreme fog to deliver a cinematic feel and beautiful imagery.

“When we first attempted to film the dancer, there was so much fog that we couldn’t see any further than our own outstretched hands,” explained Danton. “We had almost given up hope of being able to shoot that morning. But as we were packing up our kit, sunlight emerged. The familiarity of the EOS Cinema range meant that our camera operator got quickly accustomed to the EOS C200 and could pull it off of its mount and shoot the perfect handheld shot in the small window of time we had.”

The post production was carried out by Gramercy Park Studios London, where the footage was graded in FilmLight Baselight and finished in Autodesk Flame. “During post, the Canon Cinema RAW Light files were pushed to the maximum dynamic range,” said Danton. “When we reviewed the HDR rushes, you could almost feel the cold.”