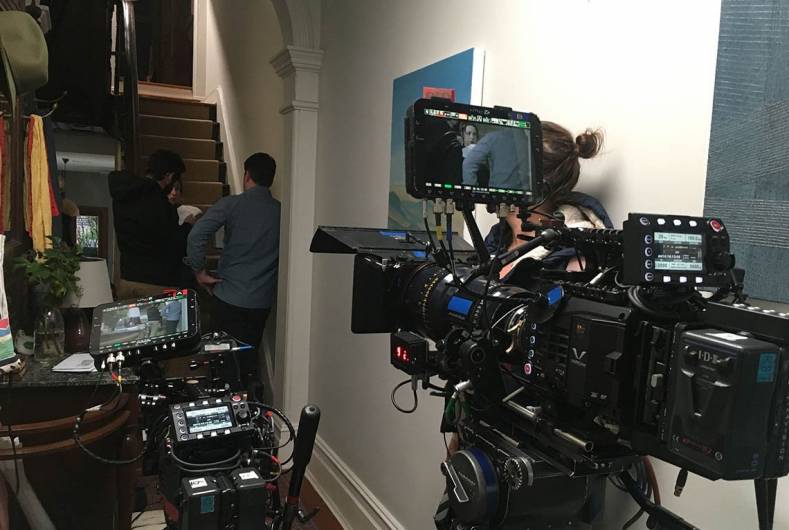 Netflix and the Australian Broadcast Corporation (ABC) have partnered to produce a new comedy series, The Letdown. The series was shot by cinematographer Judd Overton with Panasonic VariCam LT cameras, chosen for their look, especially naturalistic skin tones.

The series was shot by cinematographer Judd Overton with Panasonic VariCam LT cameras. Born in Adelaide, South Australia, Overton graduated from the Australian Film, Television and Radio School (AFTRS) where he went on to shoot many features, documentaries, and television series. He has earned 25 Australian Cinematographers Society (ACS) Gold and Silver Awards for his cinematography work.

Overton shot the pilot for The Letdown over two years ago. (The show was part of a ABC pilot program in which six comedy pilots were produced.) “A lot of the comedies in Australia have a broad, skit-based attitude,” explains Overton. “Director Trent O’Donnell and I approached The Letdown as more of an international show, not just for the Australian television audience. We absolutely made it with an Australian voice, but we really wanted it to stand on its own two feet in an international market.”

Produced and written by Sarah Scheller and Alison Bell, the pilot and six half hour episodes follows Audrey, played by Bell, as she navigates the chaos of motherhood while still trying to balance a career-focused husband, a self-absorbed mother, and a care-free best friend. 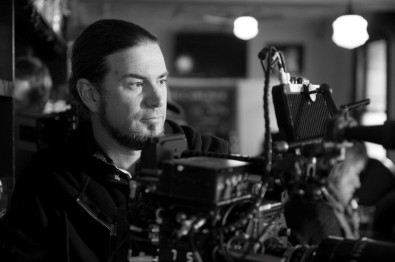 Overton’s first experience shooting with the VariCam LT was on a short film, Remembering Agatha, which premiered in October at the Adelaide Film Festival. “I’ve been a fan of the VariCam since the beginning,” reveals Overton, “so I was already sold on the look. For The Letdown, it was more about making sure the camera delivered on resolution and workability. On the show, we had a lot of mid-30s women and we wanted skin tones to look great, but not artificial or plastic looking. I wanted a naturalistic look and from my use of the camera on my short film, I knew VariCam could deliver that.”

Because they are both mothers themselves, writer/creators Bell and Sarah Scheller had strong ideas about the look and style of the show. They watched several half hour comedies like HBO’s Girls and Netflix’s Love to see what to do…and what not to do. “We wanted The Letdown to have more of a raw and authentic look,” says Overton. “My challenge was to find a format that could work in the schedule that we needed to work in, but also give them the results they desired. The VariCam LT is a light camera that can be quickly switched between production mode, handheld, or Steadicam easily so it was great to work with.”

For lenses and support, Overton chose Panavision Sydney. “On this show, the 11-1 Primo Zooms were a staple as a lot of the show is cross shooting,” he explains. “We also carried the 19-90 zoom and a hand full of Primo Prime lenses for night work and Steadicam. The Primos are fantastic lenses. It’s funny that a lot of the people who championed the newest, sharpest lenses are now challenging the sharpness of high resolution cameras by using older lenses. I found the Primos were the exactly the look I what I wanted for The Letdown. 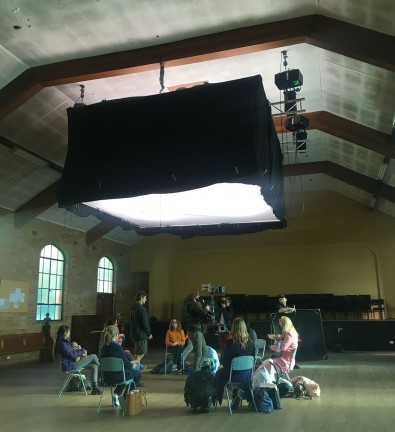 Gaffer, Russell Fewtrell, to build a lighting rig into the ceiling to act as a large soft source. Image courtesy Judd Overton.

In terms of the production, the most challenging sequences for Overton to shoot were the mothers support group meetings, which consisted of shooting six mothers with six crying babies in an open hall. “That was my biggest challenge straight away with daylight flooding in and screaming babies,” explains Overton. “We rarely got second takes so we had three cameras constantly running on those sequences. We knew we had to shoot quickly and cross shoot to get coverage because the babies would usually not do what you wanted them to do, and we had to move very fast.”

Overton worked closely with his gaffer, Russell Fewtrell, to build a lighting rig into the ceiling, which acted as a large soft source. Overton says they leaned a lot on the RAW files to obtain “extra wiggle room” with the VariCam’s 14+ stops of latitude.

Overton’s colorist Billy Wychgel created LUTs, which were loaded on to the Odyssey 7Q+ and Teradek transmitters instead of in-camera. Per Overton, he found it more efficient to monitor footage on the Odyssey where he could easily switch the looks on or off while still sending the LUT to video village

During testing, Overton discovered that he didn’t need to shoot with the VariCam LT’s native 5,000 ISO and found out that if he underrated it, the image performed better in post-production regarding noise. “I think we were at 4,000 ISO for one night scene,” says Overton, “but most of it was kept at 2,500 ISO dialed down from 5,000. Everything with controlled lighting, I kept it at [native] 800 ISO.”

The Letdown was posted at The Gingerbread Man in Sydney. Overton and Wychgel started from scratch but essentially based the final look on the original LUTs that they established on set. “My impression is that on set we have to show everyone in dailies what the the show is going to look like the whole way through, so that was basically what we did. We established the look during pre-production and pushed that all the way through. Apart from a few small changes, that’s basically the look of the show.”

The Letdown began airing on ABC on October 25 and will move to worldwide streaming on Netflix beginning in December 2017.